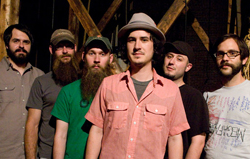 A few words on year-end lists: Those who make them feel important for doing so.

More than a few words about this list: Though important, this list should by no means be  interpreted as a best-of arrangement.   The order, though important in terms of premium listening pleasure, suggests no hierarchy.  I do, however, have a few additional words for my first selection, which is currently in my cd player in my car on repeat:  Think of the Roots new album undun as a contemporary counterpart to Blind Willie McTell’s rendering of “Dying Crapshooter’s Blues”  (just puttin’ that out there!).  And one more thing concerning my sixth selection, “I found a Body” from The Tan Vampires:  This is a band you should keep a look out for, and listen closely to the lyrics on this one (wonderfully dark humor!).  I’ll let the rest of the list speak for itself.  Except for the Waits cut:  Is there a song out there that better captures the absurdity of a soldier coming home from war?  Time to shut up and listen to these songs one more time before years’s end.

1. One Time, The Roots Feat. Phonte and Dice Raw–undun [Explicit]

4. Medicine, We Were Promised Jetpacks–In the Pit of the Stomach

9. She’s a River, Firehorse–And So They Ran Faster…

10. Colomb, Nicolas Jaar–Space is Only Noise

14. Born To Be Loved [The Kitchen Tapes], Lucinda Williams–Blessed

25.  How Come You Never Go There, Feist–Metals