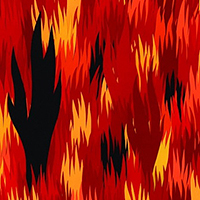 “If there is no such thing as time, you’re already there…” So begins The People’s Key, the latest (some rumors suggest last, but Oberst has denied this, sort of) from the moniker Bright Eyes. The possible epigraph is part of a speech by a friend of Oberst’s who espouses creationist/futurist theories scattered throughout the recording. The esoteric material is a continuation of spoken word mysticism we heard on Casadaga, an underappreciated “single-less” album with some beautiful string arrangements and astonishing approaches to harmony. And this is my problem with the new album: although I’m attracted to the obsession with off-the-grid cosmology, there is simply very little appreciable musical context from which to experience the explorations here. I am certainly open to the experimental, and I can understand creating a kind of timelessness to the production to highlight the album’s themes—but…some of these songs, although full of possible hooks (i.e “Shell Games” and “Approximate Sunlight”), are simply unlistenable due to the scorching 80’s big hair metal guitar solos. I understand irony, and I actually like the use of the retro Melotron and other dated electronica, but the fact is that time does exist and, too often, this album takes us to a place in time we’d rather not return to. 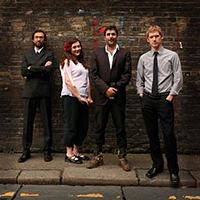 Devotchka (Russian for “girl”), on the other hand, writes and performs squarely in a time and place—a place, perhaps, not their own (they are from Denver, Colorado, after all) but a place, nonetheless, where theremins, bouzoukis and accordions find their home among a punk sensibility. Those familiar with the group will find very little new on 100 Lovers, but this is a band from which we expect repetition, a band who, like Dylan, mines folk music (in their case, mainly Slavic) in order to raise the ore for a contemporary ear. The changes we listen for in a band like Devotchka are within the forms of the songs themselves, subtle or dramatic changes in rhythm or texture that give simple melodies the “rise, roll, and carol” (OK, I stole that from Hopkins) they deserve. We listen to Devotchka to inhabit a particular world in a particular era, one more majestic and (dare I say it) romantic than our own. 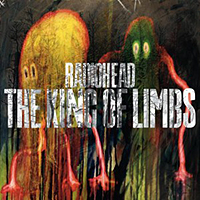 Radiohead - The King of Limbs

Now, Mr. Yorke and crew, from you we expect the impossible—a music immersed in the complexities of the present yet drawing our eyes, darkly or with a hesitant hope, toward the future. I know it’s a lot to ask, but you started this; you gave us OK Computer and Kid A, and then (literally, without expectation of compensation) In Rainbows. I know there are other albums, but we won’t mention them. You’ve heard all this before, I’m sure. But you are, in fact, Radiohead; you tune the static of our consciousness (OK, so I’m exaggerating). Anyway, The King of Limbs is exactly what we want from you, if that matters. It’s what In Rainbows should have been, at least more consistently: a slightly creepy trance-like sonic spy thriller in black and white with sub-titles that makes one want to get up and dance like Chaplin in skinny jeans. Thank you.