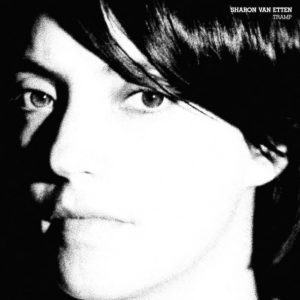 Half a Dozen Disappointments:  Titus Andronicus, Local Business; Flying Lotus, Until the Quiet Comes; The Beach House, Bloom; The xx, Coexist; Cat Power, Sun; and They Went On, Who’s Afraid of Richard Dreyfuss?.

12. Ladylike Lily, Get Your Soul Washed:  Why are we more prone to compare a woman’s voice to another woman’s voice, whereas we are more apt to take a man’s voice for what it is (with the Dylan and Cohen comparisons aside, that its)?  Why do I want to throw out names like Jesca Hoop and Julia Stone, for instance?  Something to think about more another time, perhaps (any suggestions from my more gender-conscious critic friends appreciated!).  Anyway, the voice here  (a 22-year old French chanteuse singing in English), slightly timorous and playful, floats on washes of bells punctuated by boisterous rhythms ranging from marching-staccato to tribal-hypnotic.  “I’m Trying to Quit” is a standout, albeit typical of the album’s overall feel.

11.  Yellow Ostrich, Strange Land: Former drummer for Michael Tapper’s Bishop Allen project, Alex Schaff takes over vocals here with a variety of personas.  From indie-geek Neutral Milk Hotel-like delivery to earnest Bon Iver falsetto (I prefer the latter), he seems to be searching for his voice, and, for the most part, I am happy to follow him.  If not for the song “Wear Suits,” however–which is a brilliant study in dynamics (again with the tribal hypnotic vibe in addition to  lovely brass)–the album wouldn’t have made the cut.

10.  Menehan Street Band, The Crossing:  My only solely instrumental choice, this album unspools like wax shaven from a seventies soul record.  The playing here is beautifully restrained and highlights the name “Band” in the title.  The horn arrangements drive without overpowering the other instruments, which all seem to find there humble place within the mix; I especially like the minimalistic drumming which would drop nicely (as would the whole album) into the  flow of a savvy hip-hop artist.  “Seven is the Wind”, for example, draws unabashedly from the spaghetti-western genre with particular acumen and would have been an obvious addition to Tarantino’s Django Unchained.

9.  Damien Jurado, Maraqopa:  An inimitable simplicity that survives even the psychedelic excesses of this particular offering.  “Everyone a Star” is exactly the kind of song only Jurado could make possible.

8.  Ty Segall, Twins:  OK, so this guy puts out so many albums with so many different projects he’s bound to get it right now and again.  Just give us the “Love Fuzz”, as Segall does on the song of the same name, and then leave us the fuck alone and let us fade off into electric guitar bliss as this particular song wisely does at the perfect 3:34 mark.

7.  Grasscut, Unearth:  I suppose I might call this British electro-chamber pop if I were so inclined.  Certainly if one is inclined to careful listening, there is much to unearth here (Sorry, I couldn’t resist the inclination!).  I’m especially inclined to like the use of deftly integrated spoken word on the album (T.S. Eliot, for example), as well as an operatic sample from the wonderful mezzo-soprano Kathleen Ferrier; these songs are so carefully put together they incline toward fussiness, but in the end, their largesse, which includes classical piano runs and string arrangements, declines to danceable grooves.  Travel the ups and downs (the incline and declines) of songs like “Towns and Fields”, and, please, don’t allow any of my inclinations towards verbal stupundity prompt declinations of this charmingly crafted album.  Oh boy!  I’m inclined to think I’ll regret this one.

6. Exitmusic, Passsage:  Dark and operatic, this Brooklyn duo injects angst with a kind of giddiness.  The music feels both cramped and personal yet at the verge of bursting, its heavy reverb trying to find some crack in the cathedral of human suffering and alienation.  To simply call it moody would simplify its liberating effect, as if something had finally been expressed which before seemed incapable of a voice.  “The City” is a typical, yet emotionally heightened, example.

5.  Patrick Watson, Adventures in You Own Backyard:  Either you buy this guy’s preciosity as a rare sweetness or you find him annoyingly earnest.  It’s hard to deny his ambitions, however, as he has consistently put out albums that are anything but slapdash.  Here you’ll find a group of musician’s fully invested in the material, swept up by a what I find to be a refreshing enthusiasm.  The title track should be enough to help form your level of allegiance.

4.  Divine Fits, A Thing Called Divine Fits:  Britt Daniel of Spoon and Dan Boeckner of Wolf Parade share writing and singing here.  What emerges, however, is an album that, although awash with echoes of both bands, is its own kind of eighties synth-injected fun.  On songs like “For You Heart,” you’ll recognize sounds you thought you’d never enjoy hearing again.

3.  Perfume Genius, Put Your Back N 2 It:  Seattleite Mike Hadreas brilliantly courts sentimentality and then has the wisdom to fall head over heels in love with his own sentiment.  Any hesitation on his part would have missed the mark, I think, and songs like “Dirge” teach some of us how to feel again.

2.  White Rabbits, Milk Famous:  This effort surely won’t quiet critics who perhaps rightfully accuse this band of sounding a hell of a lot like Spoon (Britt Daniels produced their last album, after all); however, this album also affirms two important points: 1.) Bands could learn a lot from Spoon’s kraut rock-like minimalism and angular rhythmic attack; and 2.) Careful, heavy production does not equal overproduction (a word I get sick of hearing from critics).  “Back for More,” for example, relies on a thoughtfully articulated redundancy that amounts to a unified sonic approximation of obsession.

1.  Sharon Van Etten, The Tramp:  This lovely (I think the word is actually warranted here) album was brought to my attention by my equally lovely (a word equally warranted here) wife.  Backed by members of The National, as well as Beirut’s Zach Condon, Van Etten rises far beyond her star-studded cast.  And I won’t even compare her voice to Jolie Holland, even as I am tempted.  Songs like “Ask”–with the beguilingly simple lyric, “It hurts too much to laugh about it”–take the art of understatement to soaring heights.