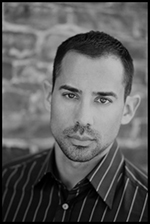 Randall Mann’s first book, Complaint in the Garden, won the Kenyon Review Prize in Poetry. Mann has delivered a second book, “Breakfast with Thom Gunn.” It is a smart, even quiet collection brimming with accomplishment. The poems are short; and though many are formal in their shape, the book is not stuffy. Mann ‘s lyrics are from a Virgil to the reader’s Dante.

Mann’s first book was intimately linked to Florida. Florida still haunts, but the new landscape is San Francisco, the Castro District, to be specific. The collection is divided into three sections. The first section opens on a point of spiritual pilgrim in contemporary quotidian and the contemporary landscape. The second section addresses mythology and art, but all three sections are riddled with the paganism one might expect in such a landscape. 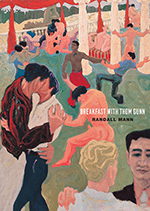 Mann is a philosophical guide—and the real landscape is materialism with its doses of contempt, spiritual laziness, industrial strength ambition, human weakness and loneliness. Love is at stake in a world filled with mockery and loathing; and time is laced with vanity and corruption. There are risks: disease, relationships — even the risk of sliding into self-parody. Even a fashionably manicured nature is suspect. Here is the close of a sonnet:

If I shave
my chest and my yes and my happiness,
will I find someone, some happiness?
Just as I start to peak, I’ll shave

my head, instead (think Full Metal Jacket).
And throw on a cultish animal jacket.

In another poem “”Translation,” Mann pairs two images. The first is one of the speaker confusing the names of popular bands while trying to relate to a younger gaggle of hip youngsters:

In the half-mist of Golden Gate Park,
new friends of friends, barely legal, swig
malt liquor, and I confuse The Shins
with Death Cab for Cutie (the kids snicker,
fiercely; I admire that).

But the image it is paired with in the short ten line poem is one of a memory of the speaker’s father being telephoned with the news of his own father’s death. The last line clenches the ending:

long ago, my father, a suburban dream, sweaty
from yard work, took a call (his father, dying).
He sobbed, which unsettled, unsettles me.
I am neither young nor old.

The central image of another poem is a streetcar/metro line in San Francisco referred to as N. Even here Mann can poetically move through image to deep lamentation of vanity in a very short space:

[The N] has crawled out of the ocean
to carry us from sleep, like sleep,

the gray of outer Sunset portending
the gray of inner Sunset. And so on.

On the N, one should invest
intricate fictions for the lives

of the passengers: time is a game.
Soon we will be underground.

Breakfast with Thom Gunn is a clear-eyed balance of despair and desire. The valences of its poems are both attuned to and at odds with the modern urban, modern literary, and natural world. Much is transitory. D.A. Powell’s note for the book has nailed it: “Beauty holds despair in abeyance. Desire propels us forward.”

Scott Hightower is a poet living with one foot in New York City, one in Texas, and one in Madrid. His third collection, Part of the Bargain, received the 2004 Hayden Carruth Award. His translations from Spanish have garnered him a Willis Barnstone Translation Prize. He is a contributing editor to The Journal, and his reviews frequently appear in Coldfront Magazine and Boxcar Poetry Review. He teaches at NYU, and has taught poetry, non-fiction, and translation at Drew, F.I.T., Fordham, and Poets House.