Lia Purpura could write about dental tape and I’d be interested in it—for her angle of perspective, the texture of her syntax, the way the mouth becomes “any mouth” in the holy repetition of that code of human language: “the shout comes, the chant, tune and refrain: these words are the world.” And what a world, another and yet the same. Had I read a book like hers when I was nineteen, would it have seemed more possible for a woman to be a writer and a mother? A professional with a life of the mind? An adventurer into delivery? 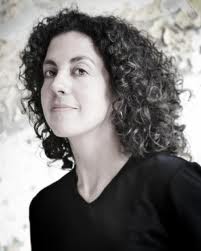 Increase chronicles Purpura’s pregnancy and the first year of her son Joseph’s life. Had I not already been familiar with her writing and known it to be so richly lyric I can’t say I would have picked it up for the subject matter. I no more imagine myself a mother than Purpura admits to identifying herself before the blue X slowly crossed itself on the test, an “unknown, variable quantity.” So, Increase is also about finding one’s shape as it shifts literally and metaphorically, and that is a process is a poet’s work and a longshoreman’s. Still, I doubt I would have explored it, biased as I am against the importance of wet naps and breastfeeding. I admit Purpura gave me access to a realm I didn’t imagine existed. I actually think my mother crossed it, between her job at social services and ceramics classes—that variegated plain on which one stumbles across the amaryllises of childrearing, and finds oneself capable of almost anything. I admire her for the strength of her character, but Purpura’s text gives me a sense of how she reached it—through close observation, by attuning an eye so sensitive it notices:

Balls of wool pulled from the carpet have a dense center, an outer corona thinning to breath, a nimble-spoked haze that turns over in the gust and wake of footfalls.

Not since I read Jean Genet have I so felt the experience of one single day with human senses to be enough to digest for a lifetime.

Many are the ways one trains attention and the cunning. I gave motherhood little credit for harnessing it, but after Purpura describes the negotiation and conflict of birth as “the mystery coming for you, creaking into your peace, into mine because I am no longer audience, but, moment to moment, protagonist, splintering away from the opening scenes, further into the act…the singular moment,” I found a curiosity I congratulated myself to scoff at before. So, we need more texts like this one, and I know they are out there. Catherine Wagner, Beth Ann Fennelly are two names that spring immediately to mind for being bold enough to write seriously about motherhood, the war of the domestic, the romance and “odd loneliness of a new friendship,” as Purpura describes the nursery softly filling with light. Dare I allow my patronized inner feminine to respect it? Have I too found in myself “all along there has been room…to feel increase in the crowded space I am becoming.” If not for motherhood, for the catch and crush of living ever more broadly, fully invested in the drama?