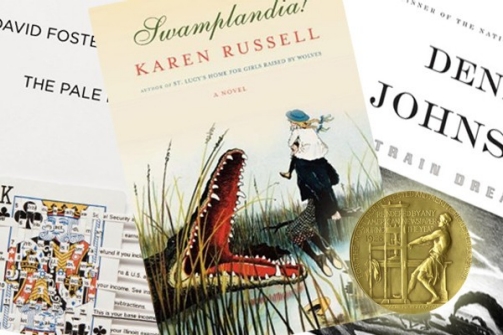 As most of you have surely heard by now, the Pulitzer Prize winner’s list for 2012 was announced mid-April, but no winner was selected from among the three finalists for the fiction category. The finalists included Train Dreams by Denis Johnson, Swamplandia! by Karen Russell (read my review here ), and The Pale King by the late David Foster Wallace. It feels really unfortunate to me (for authors, publishers, and readers) that the judges deemed no book written in 2011 worthy of the prize. I’ve heard decent arguments in favor of this choice mostly regarding prize integrity and the idea of raising the bar, which I understand but do not agree with. Rather than re-hash those points, I’d like to point you here, to an excellently written op-ed piece for the New York Times by Ann Patchett, and then I’d love to know your thoughts on this decision in the comments section below.