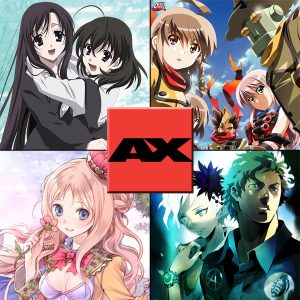 For months my 13-year-old has been talking about this expo at the Los Angeles Convention Center.  For months I have been saying “you are 13.  Your high school friends are older.  You can’t go.”

This was finally negotiated into “you can go as long as your dad drives you.”  All well and good until his dad said he was going to Maui this week.

I said reluctantly I would take him as long as he got the money from his dad.  Funny how that never happened.

Then all of a sudden I was taking not only my son, but three of his friends.

Let me digress…I would rather go to the dentist without novocain then drive to downtown LA.

Then I talked to some people at work, and some people on Facebook.  Two poets that I know are going.  A friend at work told me to eat substantial food because a lot of people eat only Japanese candy and drink soda and get sick.

I finally emailed my boyfriend and said “if I come home tomorrow in a short skirt, with a 7-foot long sword, half my hair dyed blonde, with a tiara and a new tattoo IT’S NOT MY FAULT.

So I call my son to tell him I’ve gassed up the car and bought a million protein bars and I’m ready.  He says…”I’m not going”.

Tobi Cogswell is the author of four chapbooks and one full length poetry collection.  Lit Up, her fifth chapbook, is forthcoming from Kindred Spirit Press.  Tobi has been published nationally and internationally, on-line and in print.  She is the co-editor of San Pedro River Review, www.sprreview.com.  She lives in Southern California.