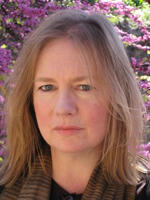 Kathy Fagan’s Lip is great new addition to anyone who has a growing Fagan shelf in their library–or is a great find for the newly reading. The poems in Lip take a lot of their energy from the Drama of Poetic stance–not Rhetorical stance, but Poetic stance. Fagan is a sure-footed poet. Poetry is her place in the world and she has a lot to say.

In 1989, The Raft, Kathy Fagan’s first collection of poems, was a National Poetry Series selection. It was then published by Dutton.

In 1999, Moving and St Rage, Fagan’s second book, won the Vassar Miller Prize. I was asked to review Moving and St Rage for “Barrow Street,” and in my review postulated: “Fagan not only moves sights and historical events around; she moves sounds and temperatures around as well. The artful choice and use of the images serve the soft burn of the poet’s keeness. The poems are musical, refined, and highly sophisticated without being arch or flexing. . . . Rather than our eyes and ears growing used to the world, art–like the songs of unseen birds–actually serves to take us beyond the schemas of our meaning that inure us to life. Fagan sifts for consolation . . . . “

In 2002, Fagan’s third collection The Charm stood out in its celebration of the rational and the irrational.

After all, aren’t those both valences that can find their home in poetry? Rather than our eyes and ears growing used to the world, Fagan’s art serves to take us beyond our usual rubrics, beyond the linguistic zones of diurnal comfort. Her poetry draws at a turn from the language of historical fact and the language of faith. Consider these three examples of the former from poems in The Charm, the world of the character who can type 65 wmp and eats a soft-boiled egg from a cup:

9/1/14: Martha,
the last passenger pigeon,
dies at the Cincinnati Zoo.

In 1906 the owners of Luna Park
… electrocuted one of their herd of working elephants.
It took ten seconds.

But Fagan, in the latter language of faith, is equally arresting. In her “Visitation,” the divine visitor does not come in white or brocade and does not unfurl in a late Vermeer March––rather, “Tuesday, mid-November—sunstruck clouds with winter in them”––and it is not a winged angel that sets the world into a tumult, but the surprise of birds paddling into trees:

The charm of finches lifting from a ditch
can surprise you with a sound like
horselips, and paddle toward the trees
beautifully, small,
brown, forgettable as seeds,
but they, too, must sing on earth unto the bitter death––

(The poem ends expansively with a double dash. Not a period.) Fagan weaves in and out of science and rational communication. She almost irrationally folds in a gesture of mystical evocation or an arresting numinous encounter. The poetry swims with the marvelous and the murderous; praise and awe are intertwined with the rascalous joy of an invective list or a set of “misfortune” cookies. The Charm is lively. Its poems call us both to the things of this world and—with an ear and inner eye for the poetic––to the worlds that might be found inside of the world. Fagan excavates within the possession of language and poetry itself for a strategy that demands a kind of testing and a kind of wakefulness. Poetry, sometimes jolting forward and sometimes prayerfully turning back on itself, does not “nail down,” it lives, keeps thought moving. The train cars jolt and jostle. The ride is exhilarating. 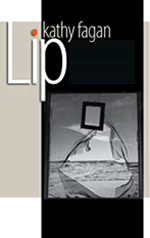 In 2009, we have Lip, Fagan’s new book. While it extends the themes and strategies established in the first books, it artfully pushes the relief of the images against the artful resignation of the poet’s maturing stance and voice:

Bears bed below my window,
as do the doe and her stiff stiff fawn.
At dawn their ginger ears flick off the dew,
the sun. They look me in the eye
as if I’d drawn a gun, and then do lumber,
and then do canter, but never
do they wonder.
Never.

The terrain of Lip is more chiseled. The voice is still void of romantic histrionics and is clear. The stance of the poet is modest, ruthless, and courageously ordinated — still offering lip-service to the world. Sometimes there are glints of Baudelaire, Mother Courage, Medea, Stein. To close one’s mind does not improve one’s faith. . . . it goes the other way.  Her coronation is a ceremony of one out walking among maple and beach trees toward a row of leafy mayapples:

In that rare atmosphere,
I will walk a path like powder underfoot
Through leafy mayapples—those excellent witnesses—
A cardinal ahead, the three queen mothers, my subjects’ limber
Backs, lovely hair, a roar that dies down dies down,
And in awful light, I will accept
My scepter. The usual
Fanfare, the pink embellishments. Bells, trumpets.
Then will I be anointed by no one,
And serve him well.

Fagan steps forward to balance the fastidious parsings and theatricalites inherent to speaking with a plain authenticity not found often today. Genuine, distilled poetic observations artfully delivered up. Fundamental, modern observations. The stage is set, Lip is in the light—the awful light.

In the poem “Postmodern Penelope at Her Loom Pantoum” Fagan ventriloquizes Penelope:

Jack Paar, Jack Kennedy, Michael Jackson,
Jack Off, a box of boredom with a toy
surprise,,, ~:>)
Which returns me, always, to poetry.

This is not a pantoum.
It may only be a shroud.
A Stein is a Stein is a
white space around the box

In another poem, after cataloging a long list of the plastic and mylar things at a cheap roadside memorial, the poet concludes:

This crap from Wal-Mart could outlast us all,
which in our grief is no small com-
fort, since death lasts so much longer, and has no form.

Scott Hightower teaches at NYU and has taught poetry, non-fiction, and the art of translation at Drew, F.I.T., Fordham, and Poets House. A native of central Texas, he lives in New York City and sojourns in Spain. His translations from Spanish have garnered him a Willis Barnstone Translation Prize. His third collection, Part of the Bargain, received the 2004 Hayden Carruth Award.