As we brace for an inept and obdurate authoritarian regime to assume control of our country, Fogged Clarity is holding an inauguration day poetry contest. On January 20th we will be releasing our “Inauguration issue” to feature a selection of interviews, essays, film, and visual art that stand in opposition to the socio-political forces working to undermine individual freedom and human dignity in this country and abroad. This issue will also feature at least three inauguration poems written in response to the looming presidential administration. These poems should have no constraints and may embody hope, anger, refusal, unity, fear, or anything else. As we will have no Maya Angelou, Richard Blanco, Robert Frost, or Elizabeth Alexander reading during this forthcoming inauguration, these poems will ensure the day doesn’t pass without a poetic response.

Fogged Clarity invites the submission of original, previously unpublished inauguration day poems of any length or form to submissions (at) foggedclarity (dot) com. Three poems will be selected to appear in our Inauguration issue, which will be published on January 20th, 2017. The author of the winning poem will receive $100 and publication, with two runners-up being selected to receive $25 and publication. The deadline for contest submissions is Tuesday, January 10th. 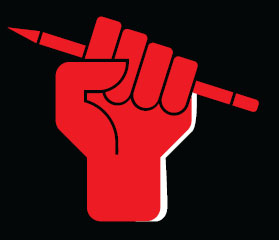