Matthew Cooperman sits down with Ben to discuss the three poems that make up his American Triptych: “Snow Globe”, “No Ode” and “Postlude”. 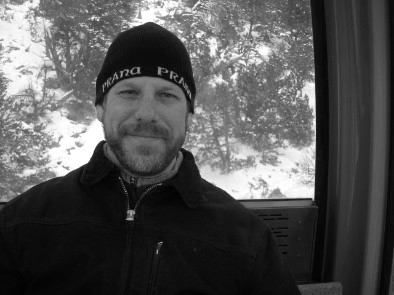 Matthew Cooperman is the author of the text + image collaboration Imago for the Fallen World, w/Marius Lehene (Jaded Ibis Press, 2013), Still: of the Earth as the Ark which Does Not Move (Counterpath Press, 2011), DaZE (Salt Publishing Ltd, 2006) and A Sacrificial Zinc (Pleiades/LSU, 2001), winner of the Lena-Miles Wever Todd Prize, as well as three chapbooks. A founding editor of Quarter After Eight, and co-poetry editor of Colorado Review, he teaches in the Creative Writing program at Colorado State University. He lives in Fort Collins with his wife, the poet Aby Kaupang, and their two children.
Loading Comments...