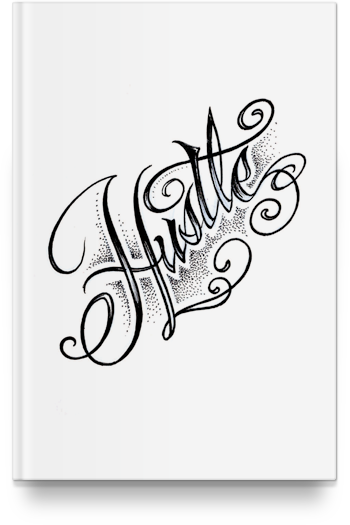 Recently, while speaking with a close friend (who has very good literary taste) about what she was reading, she spoke enthusiastically about Hustle, a first book by David Tomas Martinez.

Hustle deploys from the landscape of the low urban canyons of the West Coast: freeways, fences, “half-sanded cars blooming with Bondo,” family backyards, tomatoes, racist neighbors, homemade tattoos, broken play-sets, empty lots, trash, and low-brow street crime. When consulting this as the place for cues for launching into the world to find one’s destiny, to all those places that youthful dreams point, the familiar becomes wilderness. “There is no path in the woods for a boy from the city”:

Children run the streets yelling while you drink soda

from a straw in a sandwich bag, and watch
morning jump through a flaming hoop
to avoid the insult of a whip… Night stays in a cage….
Memory is a fist….

If mountains were old pieces of furniture,
I would have lit the fabric and danced.

If mountains were abandoned crack houses,
I would have opened their meanings with flame,

as you effect my hand,
as we walk into the side of a Sunday night.

Though from another coast and another set of macho desires, Walt Whitman would relish this book. After all, this is a book that longs for love and a more intimate brush–even with the “flaming hoop” of disaffection–with America.

Martinez writes, “As a boy I died / into silent manhood.” Lucky for us, in his manhood, Martinez has identified a voice; and, in that Whitmanian spirit, perhaps that voice is also one for others afloat in a youth of disaffection.

Martinez’s posture of macho is thrown off right and left. While asleep and dreaming, he curls up “sucking sleep’s thumb.” In poems about discovery of the body, he leaps into poetic mysticism:

love is the leap of moment suspended
between jumping and landing, learning
and knowing, quitting and starting again

and it hurts more than just in skin
to walk because your walked away from,
and no hurt scatters, no love vanishes,
and no sorrow dissipates or forgives,
and no word can be eaten.
Nothing can be eaten.
(“Shed”)

And so it is throughout the rest of Hustle, the music of the muse continues to inhabit and spin; her shiny car continues to nudge through the street. Weekends of basketball, notions of criminal pride, the asphalt jungle, and the concrete park all give way to lovely mature lyricism. Martinez notes, but is not himself, “a broken carburetor of sobs.”

Martinez’s poems push into another level of discourse:

When the bottle swallowed his tongue,

like the small segmented worms our tongues are,
the man spoke the language he knew well,

spelled what his illiterate fist could form.
The letters passed from generation to generation;

a nepotism from fathers, from mothers:
violence is the oldest inheritance: …

Every person, animal, and willow should waver in a whisper

One closes Hustle grateful for the book, grateful for the poet on his way; perhaps even wishing one could have dinner with Martinez. Perhaps there was no path in the woods…. but Martinez seems to being artfully mapping out—-and willing to generous sharing with others—-his own secret trail.