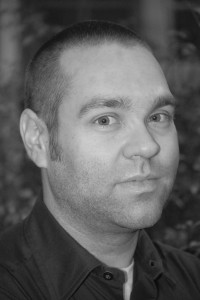 Steve Fellner has published two books of poetry, Blind Date with Cavafy and The Weary World Rejoices. They could be a singular collection under the latter title.

From the very opening Fellner announces his subject and his approach… which fulminates in that appropriate title (snipped from a French Christmas carol, later translated by John Sullivan Dwight, an American): “The Weary World Rejoices.”

…makes me ashamed I crave
the world’s attention for doing
nothing . . . He loves mammies more
than your bare legs and mop of dark hair,
according to his diary. He respects you
enough to reveal your fascination
with the ceiling. How many times did you pound
your fists against the top of the dome and hope
the angels would hear your knock
and unleash the heavens into the ring. Maybe
it’s a good thing the otherworldly keeps its distance.

Another of Fellner’s poem titles is “The Aesthetics of the Damned.” The title alone evokes the trope of a ship of fools or a set of the ludicrously dressed damned. One of Fellner’s speakers drinks straight from the bottle, another pretends to believe “fanged anorexic midget space aliens want to rape our pets,”–– the catalogue of speakers goes on from there: receiver of a suicide note, people waiting in line for God’s judgment, Satan “dressed in well-ironed khakis/and a pink Polo shirt.” It also comes up that we are one of the species “that has the capacity to fall in love with humans who look just like us yet strangely never love us back… that there may not be enough love in the world to write about.” Popcorn, Socrates, Li Po, Cliff’s Notes, Joice Heth, and Catullus get stirred into the mix.

Fellner likes epic scale. Consider these two sentiments from two separate poems which appear in different places of the book:

The world can only sustain so much grief.

But if danger is inevitable, lets throw a hootenanny,
celebrating the agents of our own destruction.

The Weary World Rejoices continues with Fellner’s highly terraced blend of pathos, cynicism, and romanticism. His songs of innocence and experience capture the homeliness of Birkenstocks. His poems – a kind of “Notes from Hell” ––include an uninspired childhood, the mall, hypochondria, and a styleless wardrobe and decor. There are poems that evoke a passed-around photograph of a deceased lover reduced to Internet bait, the U.S. mosque protestors, and oily birds. He is not one to subtlety evoke the muse and have her demurely pull back the veil of revelation. Rather, he has her throw aside the curtain like the Wizard of Oz dressed as a burlesque figure, hoist a tacky disco ball, and shout out across the heads of the audience, “One last round!” Of course it sounds more like ammunition than drinks. That statement is not condemnation –– but praise as ruthless as Steve Fellner’s poetics. In The Weary World Rejoices, Fellner braids together Walt Whitman, crystal meth, exclamation marks, Ritalin, car trouble, Matthew Shepard (half saint), Matthew Shepard (half lottery ticket).

Fellner is not sloppy. Nor is he a muddy writer, he separates the Absurd from the Surreal. The intentionally transgressive nature of his poetics is in-line with those of Jan Richman or Denise Duhamel. Not a racy as Tim Lui; not as romantic as Erin Belieu, Richard Howard, or Caravaggio. Though, in many ways alike, Fellner’s enterprise is less romantic than Caravaggio’s. One has a feeling he might refuse the final rise to metaphor and see, not the holy virgin, but—only the street whore-model; not the saint, but the untransformed sinner dolled up and posed. Fellner is oddly both Catholic and pagan – a bit like Blake with his songs of Innocence and Experience. One can also draw parallels to other poets: James Wright, Dereck Walcott, Alfred Corn, J.D. McClatchy, even Philip Larkin might be offered up. Fellner’s poems are a read for anyone with a heart, a creative eye, and a pang of sourness when faced with the broken things of the world.

In Fellner’s quest for merging the homily and the holy, I give him the last word:

is a student disowned
by his family and deluded.

…He wants
and wants. For the words

to bring
what he never had

back. He does not need to know
yet

that the world shares his wish. Why
be cruel and tell him

he’s nothing
special? Beyond the field is field.

Beyond the field. Beyond.

(“Upon Imagining the Field where Matthew Shephard was Murdered”)