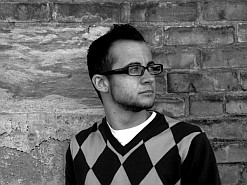 Ely Shipley’s Boy with Flowers won the 2007 Barrow Street Press Poetry Prize. I remember enjoying it; reading it through the first time, thinking how if I had been asked to suggest art for its cover, I might have suggested one of the 1905 paintings of Picasso . . . either “Boy with a Pipe” (lanky, androgynous boy in blue with a crown of flowers) or the slightly more austere, red shirted “Boy with a Frilled Collar.”

Gender is not something we discover one day by looking down and seeing a protrusion of flesh. But rather by our looking back up and saying , “Oh, I am a girl” or “Oh, I am a boy.” Gender comes from a deeper catalog of possibilities of escape and expression. Gender identification begins more like a trembling root finding its way in a hazy dream-state. Something more along the lines of Mallarme’s sleepy faun in “Afternoon of a Faun.” In Shipley’s landscape, the dreamy faun sings while finding himself floating between two worlds.

Boy with Flowers embodies and disembodies with ease. The poems are clear and easily accessible. Images of masks and juvenile entrapments balance against a larger set of images — of stories inching forward: tattoos, scars, blood veins, underground rivers, wire, sutures, letters carved into a tree, the light from a car’s headlights washing over a wall, coils of smoke, fingertips and kisses stroking and brushing flesh, branches, roots, lightning, ice cracking, water falling, . . . even songs. Shipley also writes of being surrounded.

…I want
escape. My shirt opened…
and now when I close
my eyes, a music box stars up and my breath

is that lonely ballerina, spiraling
faster before her circular mirror. And she sees
nothing because it is dark
or because her eyes are only eyes
painted across a face. Yet for a moment
I swear I hear her sing
over the music, the city, my pulse—
but its only the high-pitched, slow churning
of her feet, that wood carved tightly
around a metal spring, the way
the whole world turns and folds
around its invisible axis.

In another of the poems, the meditation springs from an aunt having a scar… her neck previously sutured after a car accident:

…It is the map to a place
I will never enter but wish to
trail with my fingers, read the Braille of her, follow

this story as the needle that once
reassembled her dug deep – little silver
diver plunging into water, then

up for air, sewing itself between two
worlds, here and there, me
and her, to stitch

all that can only be
seamless in the dark.

Shipley writes of the heart and lungs working magically away in the dark. Of the heart desiring to escape. The image of water freely lapping at the shore brings comfort. 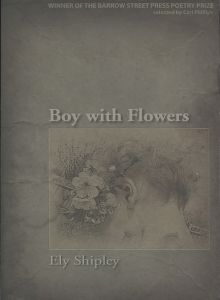 Here, another poem, that is a meditation of entering and heard singing:

…The woman
in the movie falls
in love but still feels
trapped. I know because
one night she makes love in the choir
loft of an abandoned church. The roof

down on her. It begins to rain,
and when she comes
the noise she makes, breathing heavily

into the man’s hair, which is long and sways
like a curtain back and forth across his face,
sounds like singing.

For Shipley, the oracular is related to the moment of letting go; where the ineffable gushes into the physical — making a sound:

…I’ve been
dreaming…
I wander from room to room and in one find
my mother’s heart…
My mother must have left it by mistake, here
on a shelf. I want to lift it to my ear and listen to its beating.
I’m afraid to touch it, afraid I’ll hear only silence,
and the silence will carry me into its sea. I could drown in this
love for my mother. Inside the garden, a stone
fountain floats, from which water pours endlessly
from the mouths of fish and gods.

…tonight, I only want to be
the mouth

of a guitar, hollowed out
and bodiless
except for the balloon
of sound resonating invisibly

through air, and go on
pressing my fingers deeper in
to the neck, as if I could find
a shape inside

its voice as I choke
out its notes, its high-pitched
scream, its pop.

Shipley’s Boy with Flowers is a keeper.