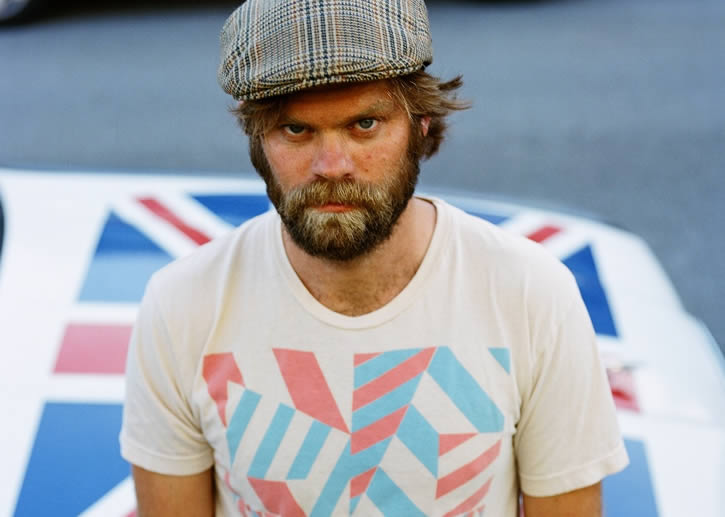 Many things can drive a band apart—internal tension, creative differences, time constraints—but in the case of UK seminal shoegaze act Slowdive, the meddling hands of the machine seemed to be the biggest culprit of their initial demise in 1995. Right after their beautiful soundscape album Pygmalion was released to a flurry of bad press, their label, Creation Records, dropped them, apparently unhappy that the album didn’t sound like the ones before it. Things fizzled out and the band splintered, forming 4AD’s Mojave 3 and Monster Movie. Fast forward twenty years—add in a heap of posthumous zeal and reverence from the listening public—and Slowdive is back together, having run the gamut of the summer festival circuit and mounting a triumphant twenty stop tour in America where the band is playing to the biggest crowds of their entire career. I spoke with guitarist/vocalist Neil Halstead about the band’s reunion experience and their future.

How does it feel to be back with Slowdive?

Neil Halstead: I’ve really been enjoying it. It’s been a lot of fun. We’ve done 26 festivals this summer and we’ve been enjoying pretty much all of them. There was a couple that we didn’t enjoy as much as others, but in general we’ve been having a really nice time playing the songs again.

What was the impetus behind getting back together? Why 2014?

NH: I started talking to Rachel (Goswell) last year. We were playing in London, some Mojave3 songs, which was the band we were in after Slowdive, and we started talking about playing some Slowdive songs and thought maybe we could get Nick (Chaplan), Christian (Savill), and Simon (Scott) to play some stuff acoustically. We thought, well if we do that we might as well play electric. We then started thinking about doing a record, really more than doing any gigs. I think really the interest is in making another record and doing some shows seems a good way to ease ourselves back in. We weren’t anticipating doing as many shows—we probably thought we’d do five or six—but it snowballed a bit over the summer.

Does Slowdive have any new songs written?

NH: It’s in the very early planning stages. We haven’t thought entirely of new stuff because we’ve been trying to get the old stuff right. But yeah, there’s a few ideas, and we decided to do the American tour, then focus on the future. I suppose if we can’t do another record, we’ll probably slide ourselves back out of the limelight. We’ll gently fade away (laughs).

Slowdive’s played many festivals this summer, and the American tour consists of some smaller venues. How do you think playing in those type of rooms is going to be different?

NH: It should be really good. They’re nice venues, and we’ll be able to do a bit more in terms of lights and visuals than we were able to do at the festivals, and also we’ll be able to play a longer set. I actually prefer to play in a good-sized club, it’s a more immersive experience.

You’re playing songs that have been written twenty plus years ago. How’s it different to play them now with that much time in the rearview?

NH: It’s felt really nice, personally. I think the others would agree. It’s felt great to revisit those songs, and I think we’re approaching them in a more measured way than we would have done when we were 18. A lot of them we couldn’t remember the tunings, so we’ve had to figure out that technical side again. So it’s been a bit of a learning curve. We have to get more guitar pedals. I’d not played electric guitar for 10 years before this, really. Nick hadn’t played bass since Slowdive split up. But he was actually really good, still able to tell everyone else what notes to play.

NH: It certainly is.

Do you still feel connected to the old material?

NH: Yeah, I mean, I suppose in a less teenage, angsty way. They were written by 19-year-olds and they’re not the first songs you’d write as a 40-year-old, but I still feel like we connect with them live, and it’s great to see the audience. There’s a lot of young people coming to the gigs as well, which has surprised us a little bit. We kind of thought there’d just be a bunch of old folk reliving their youth, but there’s definitely another generation who seems to be interested in the band.

Is there a particular song that has been the most fun or rewarding to play?

NH: “Crazy For You” and “Rutti”, two songs off of Pygmalion. Mostly because we didn’t get to play them the first time around. We never toured that album. It’s always fun to play “Souvlaki Space Station”. It takes on its own kind of life. You can really enjoy that one live.

The upcoming American tour will be the first tour the band’s done in quite some time. What are you looking forward to the most about being on the road? What’s your favorite part of touring?

NH: Coming home (laughs). No, that’s not strictly true, but the thing with touring is you rarely get a chance to look around, so it’s always nice to get a day off so you can actually see the place where you’ve been playing. We always enjoyed touring America in the past. Initially it was this big adventure, none of us had been to America before touring there as kids. When we first came out it was pretty amazing. I suppose for us it still has a special kind of place in our hearts just because it meant a lot to us back in the day. 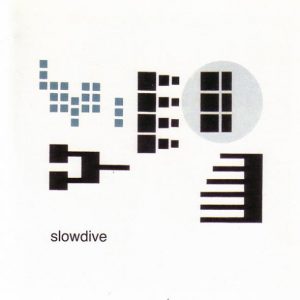 Is there a particular city or place that you’re excited to play most? Maybe somewhere you remember being great the first time around?

NH: We always enjoyed Toronto, LA…I think the west coast was always a little better for us. This time we’ll see. We’re certainly playing some nice venues all over. Chicago was always nice, too. Personally, I always enjoy going to New York. Always a nice feel about being there.

I’ll be at the Portland show.

NH: I get that impression. I’ve played at Doug Fir a couple times, and it’s a really interesting restaurant-stroke-venue.

Are there any bands doing support that you’re excited to see or any bands in general that you’re listening to that you think we should know about?

NH: Low is doing most of the tour, which will be great. We’re all big fans of them and it will be great to catch their set, you know, maybe not every night, but most nights. We’ve got Absobi Seksu in Boston. The band the Hookworms I really like, and I don’t know if they’re big in America, but they seem to be doing pretty well here.

What is it about the members of Slowdive that has you coming back to the band? Obviously you guys originally had a great chemistry. Is that still there? What is it about playing music with these people that makes it enjoyable enough to do it again?

NH: The chemistry’s definitely still there. It was really interesting to see the first song we played in the rehearsal room back in January, we played “Slowdive”, the first song we ever released, and it was amazing how quickly—almost immediately—it felt and sounded good. But above and beyond the music, it’s been really nice for us to reconnect as friends because we’ve not seen loads of each other over the last 20 years, actually. It’s nice to spend time over the summer and reconnect that way. It’s a big part of the reason we’re enjoying it. We were always a kind of a gang, and it kind of feels that way again.

How did the songwriting process work in Slowdive? Do you think it’ll be the same when you try to write new material?

NH: The band worked in so many different ways, so it’s tricky. We would work as a band and jam stuff out and get rough ideas together like that, or someone would bring an idea in, or I’d bring a complete song in and we’d work on it. Something like Pygmalion a lot of it I’d done in a bedroom over two months. We have different ways of working. The initial process [for the new material] will be all of us in a room together, just jamming out ideas. That’s why it’s been good for us doing shows, just getting used to that, and playing together again.

NH: It’s pretty simple, we’re literally going to start working on some new material once the tour’s over. If it works we’ll do a record, and if it feels like it’s not working, we’ll probably, as I say, just sort of decide to call it a day once again. I don’t think we’re that interested in being a heritage band and going out and only playing the old songs indefinitely. It’s been fun to do that for the summer, but the key thing is for us to carry on, to do new stuff creatively. If we can, we will, and if we can’t, we won’t.

Thanks, Neil, for taking the time.

Michael McDermit is an artist living in Oregon. He is a contributing member of the My Idea of Fun artist collective founded in Johnstown, Pennsylvania, and currently teaches writing and literature at the University of Oregon.
Loading Comments...