I don’t know about the rest of you, but here in the Provinces, far away from the twin capitols of New York and Los Angeles, our newspapers don’t print any of those thinking columnists we hear rumors of (we’re lucky if the TV guide is accurate); instead, we get people like Dave Ramsey and Mary Hunt (and the only slightly more intelligent Cal Thomas). These two—and I’m sure there are other like them—dish out weekly doses of financial advice on everything from bankruptcy to coupons, with sides of personal and Biblical judgment ranging from how you raise your kids to whom you marry. 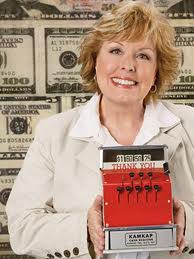 The chief qualification of advice columnists, near as I can tell, is that they’ve been hired to write advice columns. Hunt and Ramsey both have “inspiring” stories about how they screwed up their lives and then saved their way to success or whatever, but the bottom line is that anyone who writes to these two, or any other columnist, is placing their fate in the hands of someone who tells other people what to do for a living (like the Pinochets of journalism). In the case of most personal advice writers, the Dear Abbies and Prudences of the world, their occasional (or not so occasional) blunders, the damage can be minimal: somebody dates a boor for a few more months or doesn’t marry their girlfriend, but the world still keeps turning. The danger comes when the subject is money.

The prime fact of these two peoples’ advice is their ruthless practicality; some columnists let you make decisions on intuition, but Ramsey and Hunt are governed by the twin gods of budget and checkbook. They also believe that writing to them about financial matters invites them to judge any aspect of your life. One man wrote to Ramsey to ask for some details about state health-insurance programs, and after answering the question, Ramsey went into a lecture about the ethics of asking for a handout and how this guy should work harder; Hunt printed her advice to college graduates, to pay off loans quickly and remember that your accomplishments don’t mean much, you’ve just arrived at the starting line of a vicious race you’ll run for the rest of your lives.

Even when they’re just trying to be practical, they come across cold. Recently, a couple people wrote in to Ramsey saying that they or a spouse was going to lose their job to layoffs, and all Ramsey could say was, “Save your money.” He even told one guy if he had more money he wouldn’t come across as needy when he applied for other jobs. Hunt told the story of a recent Ph.D. grad with six-figures of debt; she taunted that he could never find an entry-level job that could pay enough to make payments and the luxuries of food and shelter. Because this is America, and the wages of learning are starvation and homelessness. 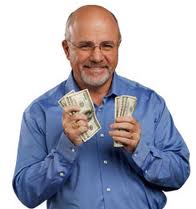 Herein lies the problem and the purpose of these advice givers: propagating bad ideas with bad advice and giving the illusion of control. I’m not going to argue against the practicality of their advice; if you’re getting fired, you probably do want to save your money. But imagine the potential for change if one of these people with all their readers and followers, added, “But by the way, it’s bullshit that your life has to change because corporate winds do.” Or at least, wouldn’t it be nice if they just stuck to advice instead of advocating Ph.D.s spend their lives in squalor with some stupid race metaphor? (And if finishing college means you can start the race, what happens to those who don’t go to college?) I’ve often wondered what the purpose of advice columnists is—who needs to write in to these people? The writers aren’t important; it’s the readers, the ones supposed to absorb the message of conformity, control, and economic hopelessness.