‘Anybody who voluntarily takes an antiviral every day has to have rocks in their heads. . . .
There’s something to me cowardly about taking Truvada instead of using a condom. You’re
taking a drug that is poison to you, and it has lessened your energy to fight, to get
involved, to do anything.’
Larry Kramer: The New York Times, May 21, 2014. 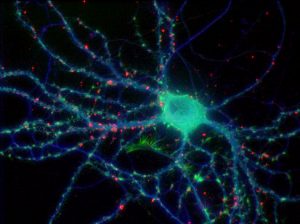 From the rear-view mirror, my cabbie asks,

I look up, and his eyes flood the mirror’s rectangle with a green, bruised light that belongs to all the storms I waited for in our Rockland County house. Nose stuck to the window. The smell, rise, and whoosh of air squeezing in through the geometry of the screen. Outside, everything in somersaults, answering to forces that it couldn’t see.

I don’t say that the laminated taxi license offers me his name, Malik, though he will murmur the gift of it after the long curve home from west to east to the Little India where I live, just off Lexington Avenue. That will happen on my building’s top stair, while I decide whether or not to unlock the front door. Sniffing the musk of him next to me. Hearing the cab below us huff because Malik will have left it running. I’m unsure of the yes he thinks he wants from me. On the verge of being certain enough to insist, Malik leans in:

I can fuck you and still call myself a man.

Jostling now against the back seat, not yet clarifying the absent boyfriend he wishes for, I want to tell Malik how I project, how I almost see, his return, every six months, to Karachi, to the village-girl he may have married, say, when she was on the cusp of sixteen. To the three boys she produced for him, who recognize their father simply as that man who comes back, the one who speaks too sternly to them in the dark, at bedtime, since he yearns to lie with the near-woman who can’t quite know the man she ought to call her husband. I wish to say: Safiyyah, your wife, must know more than you guess, and she might learn it from the waving way in which the waters of the Arabian Sea lap and lick and exercise care for the land, bolstering it, striving to prop it up, however briefly, even if, millennia ago, all this ground was liquid, heaving. On a few late afternoons, she walks to where the earth ends, while her sister–from the village that Safiyyah continues to feel taut in her bones–watches over the boys, steams their rice. Turning her head, sometimes, to look back, Safiyyah thinks that the land would rather be aflame than become this element that will always be its origin. More than once, during his many home-visits, when he comes to her later than she has ever hoped, Safiyyah finds another man’s sweat, acrid, dried quickly to a kind of ash, lingering among Malik’s chest hair, in his armpits, on the fingertips that he shoves between her teeth. Down below, he pushes into her.

that parts, that hefts his lips to the moist W of a smile. That under gym-bulked bodies, under a pharmacological doze, blood transmits a viral charge that will, for so many and for a time, evade the counting. That all the men with whom I have chafed and rubbed fire into fact were outdone by a virus that is its own sort of blazing. Compelled to burnish, spark, and flare, together we chose cinders over re-emplacement in ancestral waters, just as Safiyyah’s earth would, if it enacted the capacity to choose. I want to describe for him the ways in which my lovers were fevered, wasted, snuffed out by what their blood could only go on carrying. To confess that I remain here, in the back seat of his cab, due to the democracy of latex, in combination with my seeing, in the flesh of every man edging close, the ashes that must come after. To add that the irony of envisioning death in all of them has allowed me to escape the wasting, virus-free, and fastened me to the living no I was unaware of having chosen.

The taxi swerves on to lower Lexington. Malik greets it with a hail. But I am thinking of the blazes that shot through houses neighboring ours in Upper Nyack, under the shadow of Hook Mountain, one late September, of the vibrant negative that my mother was, when she and her car met me outside the grammar school. She is not going to detail my father’s appetite for the woman with saffron-colored hair, his longing for those tributary veins that collect at the seam above her yellow lashes. His noting their duplicates in a whorl around her ankles, so that the skin seems to forecast what he could claim to be his, if he were to eat her. She is not going to indicate that my father would have abandoned home, wife, child in favor of these alimentary couplings with a personal assistant in his textile firm, had the former not declared:

She will not explain that my father stands suspended between the marriage he thought he wanted and a freedom for which he will finally be unprepared. Her belly heaped against the steering wheel, she will not present my brother’s forthcoming birth as proof that something can be made of suspension.

But she will, on our drive to the Hudson, brake swiftly at a traffic-signal, raise her right hand, point through the windshield at what she calls

whose radiance quivers within the crosswalk. About to combust. To restore him to the sky, this generator of heat and air and late summer fires that appear to torch each roof on either side of us.

I rethink that restoration to the sky before my building’s front door. And I unlock it now, while Malik aims his

Take all of me inside you

at my ear. While I touch the meeting place of his lips with my hand. While afternoon sun descends in angled wands between us, invoking the luminescent boy who would tell me, if he could:

We survive radiating light, without combustion or dispersal, by remembering how the earth that once
was water sustains us, its continuity of motion not to be mistaken for standing still, its always moving
the Yes we live by, regardless of our ability to support the saying of it.

Bruce Bromley is the author of Making Figures: Reimagining Body, Sound, and Image in a World That Is Not for Us, published by Dalkey Archive Press (2014). He has performed his poetry and music throughout Europe and the US. His poetry, fiction, and essays have appeared in Out Magazine; Environmental Philosophy; The Tusk Magazine; Journal of Speculative Philosophy; Gargoyle Magazine; and in Able Muse: A Review of Poetry, Prose, & Art, among other journals. His fiction was nominated for a 2013 Pushcart Prize, and he is senior lecturer in expository writing at New York University, where he won the 2006 Golden Dozen Award for teaching excellence.