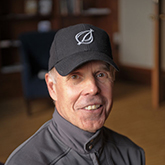 Pulitzer Prize finalist Bruce Smith sits down with Ben Evans to discuss his life and work.
Bruce Smith is the author of five books of poems, most recently, Songs for Two Voices (University of Chicago, 2005). Poems in this collection have appeared in The Best American Poetry, 2003 and 2004. His fourth book, The Other Lover (University of Chicago, 2000) was a finalist for both the National Book Award and the Pulitzer Prize. His poems have appeared in Poetry, The Nation, The New Republic, The Paris Review, The Partisan Review, The American Poetry Review, and many others. Essays and reviews of his have appeared in Harvard Review, Boston Review and Newsday. He has been a recipient of a Guggenheim fellowship as well as twice receiving grants from the National Endowment of the Arts and the Massachusetts Foundation for the Arts.
Loading Comments...