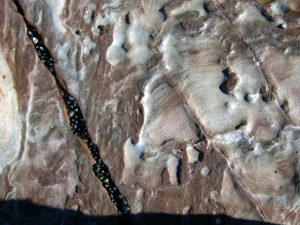 I have just begun listening to PodLit, a podcast sponsored by Creative Nonfiction. In Issue #10, editor Lee Gutkind interviews Amy Stolls, NEA Literature Program Officer. Literature is the only NEA discipline to give individual grants. The other individual fellowships—in dance and music, and the performing arts—were cut in 1995 by Congress. Literature remained, according to Stolls, due to writers lobbying for their merit.

While the business of application is decidedly unsexy, the funding process is rippling with power. Gutkind admits intimidation even to talk to Stolls, who lowers the purse strings that have been known, in his words “to make or break artists.” Himself a former recipient of the grant, Gutkind acknowledges that the importance of the stipend was secondary to the endorsement it represents. As any contemporary artist, awash in the field of crowns and clover that is the publishing industry, knows, the boon of assurance that your work is recognized and valued is the solid gold currency at the foot of the rainbow.

Stolls shares some insight into the bureaucratic process because she is herself a novelist. Most writers moonlight, and Stolls admits that sometimes she bemoans her administrative position for the attention it takes from her writing. Her position also confronts and threatens to overwhelm her at times with the sheer volume of competing artists. I have not applied for an NEA Individual Artist Grant, but I know that the NEA panel at the 2011 AWP was standing-room-only with such individuals vying for a place at the table.
What strikes me, though, is the nature of the joy Stolls takes in calling the grant recipients. She has gotten marriage proposals after the almost-lottolike announcement. She has been told she has the most beautiful voice. She laughs off these sentiments, but is refueled by the equally spontaneous tears of a writer whose short story, having been rejected twenty-two times, just earned an NEA Fellowship. The validation of such a call must be astounding.

I mull it, as I do the artist who just announced a book design to scratch into the public shore of the Paraná River—as if to be a contemporary artist is to ride between them—craft and accolade, on a wet rubbed board of fiberglass.