I like to consider myself on the cutting edge of hating e-books; most people take pride in what they liked before it was popular, but I was one of the first to dislike something. I remember reading an article about the Kindle in a doctor’s office magazine (Time or something like that) before it even premiered and instantly thinking, “I have found my arch nemesis.” I complained about them ever since that day. In my junior year of college, a woman in my Victorian lit class had one and I would roll my eyes with moral superiority because I purchased the paperback copy of Tess of the D’Urbervilles. But, I was a whiny brat back then (and by “was” and “back then,” I of course mean “am” and “to this day”). 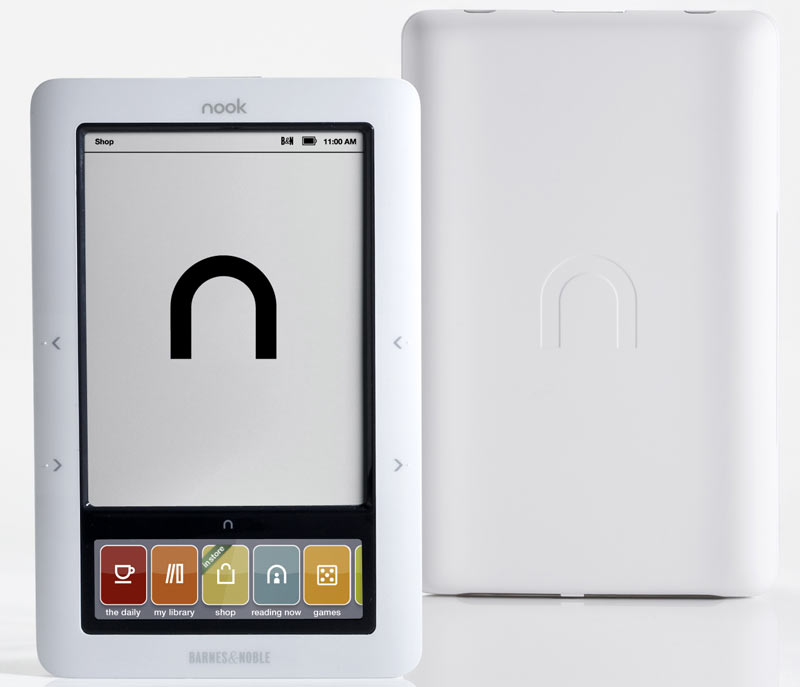 But this was before my mother got a Nook, Barnes and Noble’s riposte to Amazon’s Kindle. I mocked her for it for a long time (and by that, I mean I still mock her), until one night, on a whim, she decided to read Christopher Hitchens’ God is Not Great. It was like watching Star Trek, or a miracle: with a wave of her hand, a few pushes of the touchscreen, and an $11.99 charge on her credit card, she was reading the introduction in under ten minutes. The seeds of my conversion were sown, but it wasn’t until this summer that I had my epiphany. I was reading A Song of Ice and Fire, borrowing the books from my sister; I read the first four, and when it came time for the fifth, I discovered she didn’t have it and some sadistic yet entrepreneurial mastermind decided that it shouldn’t be released in paperback until the end of August. If you have any familiarity with the series, you know that it’s not a world you enter and exit at your leisure: when I finished the fourth book, I needed to continue the story immediately. In my hour of need, Nook was there, and I was continuing Tyrion Lannister’s exploits in a matter of moments (and half the price).

Then I found out that you can get library books in e-book format. I’ll rephrase that if you didn’t get the full implication: free books, on demand, without leaving the house. If you’ve ever had the fantasy of going to the library naked, this is as close as you can get without breaking any laws. From there, I discovered all the old public domain works they had, free of charge and available for the plunder. Confessions of St. Augustine? Don’t mind if I do. That one even turned out to be in Latin, but it didn’t matter because I just had to delete it from my computer and it was like it never happened. Imagine how angry you’d be if you accidentally bought a book in Latin (although I’m not certain how you’d make that mistake)?

Then, I started browsing the library selection. If you want kids books, mysteries and thrillers, or “romance” novels with a nearly-nude cowboy on the cover, then this selection was designed for you. If you want anything by Susan Sontag or Hanna Rosin’s The End of Men, look somewhere else. After I learned that, I decided I really did prefer real books: I like to keep them anyways, and I don’t know how to decorate a room if I don’t have shelves of books to prove how smart I am. 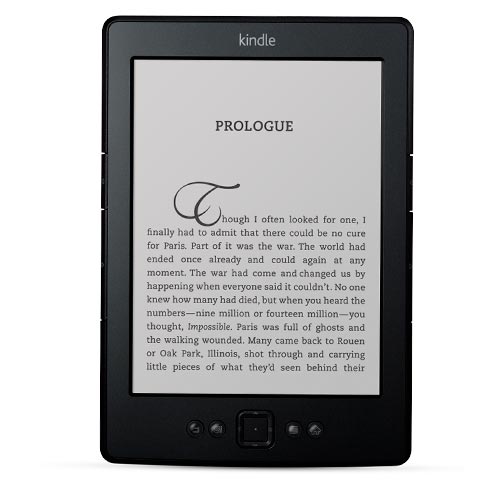 But isn’t that the way it goes with our little quirks and our pet peeves, that they’re only a problem if we know there’s a solution? We only complain about tap water when we know there’s bottled, and books are only inconvenient because we know about Kindle. But since neither one is likely to go away—barring the collapse of the electric grid or Amazon—our loyalties will only, always, belong to whichever form disappointed us last.