Showcased here is some of the gallery work of Dan Witz. He is also active in the realm of street art and has been since the 1970’s. You can read all about it in his new book from Ginko Press Dan Witz: In Plain View – 30 Years of Artwork Illegal and Otherwise. 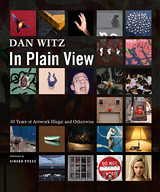 From the no-wave and DIY movements of New York’s Lower East Side of the 70’s, through the Reaganomics of the 80’s to the flourishing of graffiti art in the new millennium. Whether stickers or paste-up silk-screened posters, conceptual pranks and interventions, or beautiful tromp l’oeil paintings, the medium is inspired as much by the nature and subject of [Dan Witz’s] art as by the mutating urban conditions in which the piece is executed. 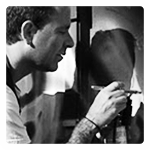