We have had a place in the universe since it occurred to the first of our species to ask what our place might be.
Marilynne Robinson: Absence of Mind: The Dispelling of Inwardness from the Modern Myth of the Self, 34, 2010.

Over the last few nights, half-longing for sleep, I’ve seen Lisa as she was at 14, the two of us almost side by side, about to take the front steps of East Hampton High School for the first time.

She’s in a lime-green miniskirt that stops acres above her knees, the legs sheeny, like mown grass. Turning my way, Lisa gives me the full punch of her Suzanne Valadon T-shirt, the one that shot her out of private school only to land her close to entering a prefab brick rectangle stretched across a potato field, as if we were buds, meant for the sprouting. I find, before her thumbnail history of Valadon and Erik Satie and the baby boy without a father, who became a painter haunted by the compulsion that the Paris he knew should be transferred to canvas, so that his city could not be toppled by time, by neglect, by forgetting, what Lisa calls my plump gal: the whole of her waves from one nipple to another, the camisole starting to slump, her ankles bulb-fat from amorous labor, here and elsewhere. A half-smoked cigarette sticks out between her lips, as if she were in the middle of talking. Telling me how she admires the Valadon who loved Satie but who left him because she would not be broken, Lisa says, I like your orange clogs, her gaze slowed over the socks above them, a pale Dutch-blue, the color of her father’s eyes. I don’t insist on my knowing what the breaking means, and she doesn’t ask me. Lisa adds, just as we push through the main door, look at us: it’s bound to be a no-go, though we both declare, nearly at the same instant, that this no-go may become a kind of going. 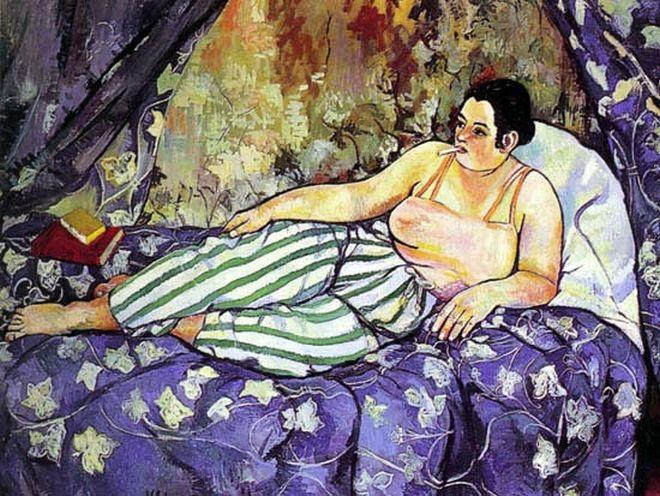 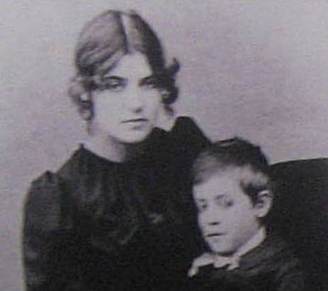 Yes, I knew already of her father, the man who wielded that charged, legendary brush, encrusting women in forests of greens and reds, yet bits of them refused the reining in, the being sent back, always, into their impastoed places, as a single arm, one moist lip, a yellow strand of hair glowed, briefly, out. I knew about the longstanding affair that cameras had with his face, sand-white, flushed by the pop of a sudden flash and settled there, on a glossy page, ready for the expectant swoon. But Lisa and I never spoke of him, even when I saw her for the last time. She’s crouching on the sidewalk’s edge, years past leaving high school too early, while I nudge through the John Drew Theatre’s stage-entrance door after a late rehearsal, on my way home. Her long, slate-blue car waits for her, the driver staring at hailstones that strain through the sky and shy over everything, a privet hedge loosening its petals, the catalpa trees dipping their trumpet-flowers to the ground, to Lisa pelted by the wet, her hair standing up, resisting it, as if abuzz with what its brightness might say, if it had the words. I see her rise, turn to me on her toes, gesture at a sweeping bow, her right arm tracing an arc from low-left to high above her head. She pauses in mid-air as I return the gift, and we keep these reciprocated bows with us when we move, separately, into the now thinning rain.

Behind all this seeing lies the first image I ever had of her. Lisa, at 9, lives with her mother, far from the beach and the bay and her father’s studio, which she cannot find a way to. Out in the yard, a blond tail’s shiny swish and a whinny counsel her to leap on the back of the horse that her father gave her, and she’s learned to ride him. Before leaping, though, she tosses her clothes in a pile under an azalea bush that soaks up the hot May morning. And riding, riding through the sun and wind and those little nubs of fluff that soar and sink in the twinkling light, smelling the horse steam under her, his hair and hers white, together, both of them not listening to car-horns blare on the highway, Lisa sits in the sway of his spine, saddle-free as she had been taught to, shoved across the many miles to Bridgehampton, where the cops get her. Once they take her down and throw a blanket over her, Lisa’s body still says that the moving has not stopped. That’s when the reporters come, snapping her in half sun/half shadow, Lisa’s mouth forming a wide oval, whose sound any camera must fail to give me, there, on the front page of the local paper. But I heard it, and the hearing of it remains a music I’m unable to answer no to. 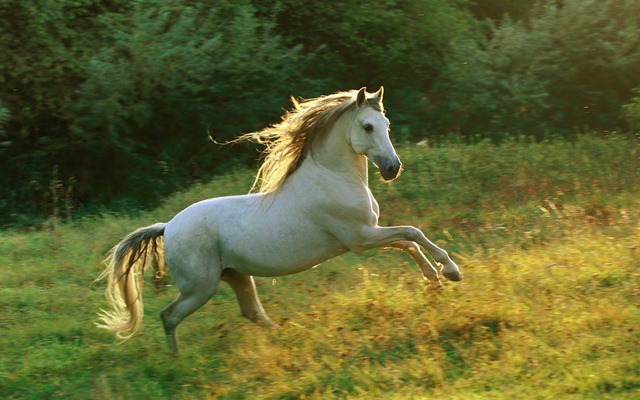 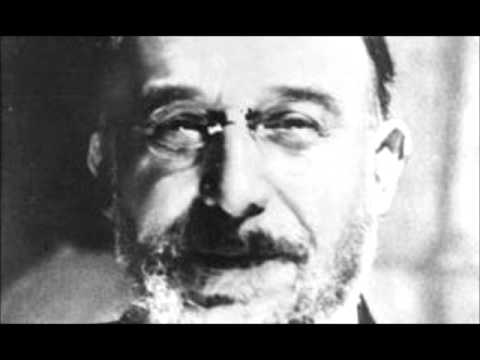 I take that music with me to Paris, in my twenties. Walking northward, hunting for Le Chat Noir, where Satie and Debussy played, low on coinage amid the whores, the pimps, the nightworkers caught between having to, wanting to make use of what seemed available, the flesh that paid, however scantily, for what it got and didn’t get, I reach the first bump of the hill below Montmartre, when I see it. To my right, in a vineyard keen on rain, his coat filmy, a young green as if licked over the white bristles, a horse the color of Lisa’s hair stands in a dry trough, nuzzling at the shallows. I’m in front of Satie’s apartment building, reading the plaque under his window when the neigh comes, after the arching up of the neck, the prying apart of the teeth, the tongue spit-shiny as it flings out his sound. It counterpoints everything: the Valadon who paced these rooms, so afraid of breaking; the Satie who stood, broken in the gap of her that he found no way of filling in; the moving-men who discovered, once he died (the gossip goes), sheets of music behind the spent piano, as though newly written; the Lisa who will later fall, stalled on the cusp of middle age in her Caribbean/get-away home, an exit the authorities continue to investigate, even now, struggling to make an end of the stories that she gave way to.

And this great O of sound, that Satie and Lisa and a young horse gave me, this almost-song, is the gift I go on keeping. 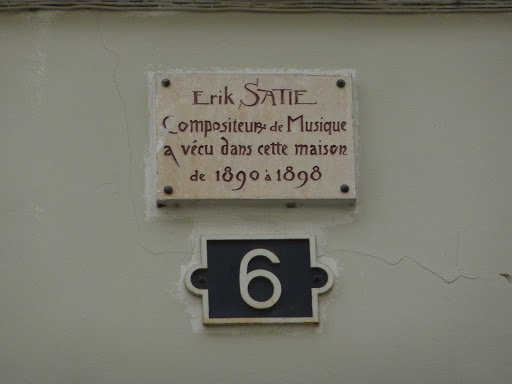 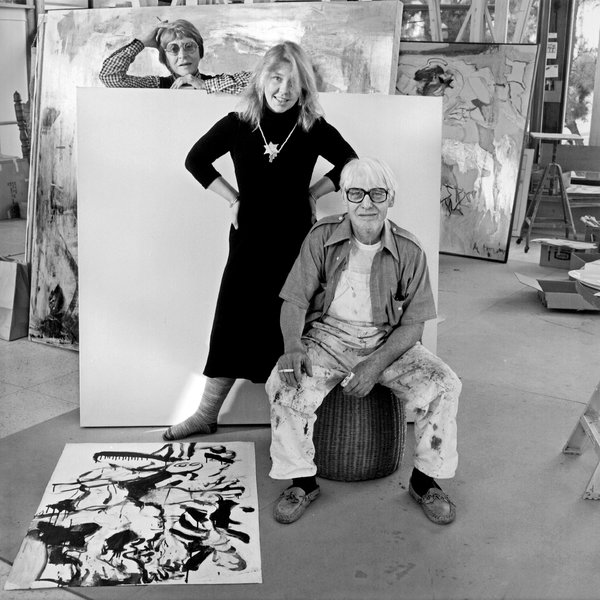 Bruce Bromley has performed his music and poetry at The John Drew Theatre; the Berklee Performance Center; The Village Voice and Shakespeare and Company, both in Paris; and at the 1986 Edinburgh Theatre Festival, where he played his piano score for the Oxford Theatre Troupe’s re-seeing of Hamlet, with his paintings as the stage-set. His fiction has been nominated for a 2012 Pushcart Prize by Able Muse Review. He is Senior Lecturer in expository writing at New York University, where he won the 2006 Golden Dozen Award for teaching excellence. Dalkey Archive Press will publish his book, Making Figures: Re-imagining Body, Sound, and Image in a World That Is Not for Us, in autumn, 2013.