Fear not, world: I have returned. I took a break from this blog because I was knee deep in MFA applications, but those are done. (And if any of you have any sway in any admissions committees, remember that the last name is spelled McCaul and that I’m awesome.)

Sadly, I haven’t returned with any more originality, so for want of that I’m going to be continuing my Guide to the Guides series, going through the rest of my collection of writing books, a collection I now realize is preposterous and unwieldy. This entry will cover William Zinsser’s On Writing Well; I base this review on the 1994 fifth edition, but since then there have been a sixth edition, a 25th anniversary edition, and a 30th anniversary edition (it seems there’s a new edition every time another 100,000 copies are sold).

Focus on style—Most of the books I’ve covered on this series have focused on narrative, on plot construction and character arcs and the like, giving style a brief treatment. Zinsser’s book is largely devoted to style, making it a necessary complement to the more globally-minded guides. The first section of the guide is devoted to universal principles of style, stressing clarity, precision, and concision. The second half of the book is devoted to the style of specific forms. I’ve found it helpful during the final phases of revision, when the focus shifts to line-editing and language; it can be difficult to shift focus from the story to the words, and the book can get me in the right mind to make the piece sound right. 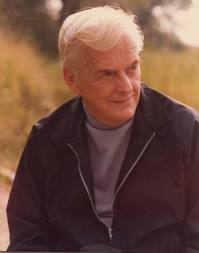 Focus on nonfiction—Since I write fiction, I am more aware of fiction writing guides, but there also seems to me a dearth of good nonfiction guides: since nonfiction is still, in some respects, emerging from the long shadow of the school essay, creative nonfiction has yet to have its classic guide like Aspects of the Novel. Zinsser’s guide, in addition to being devoted to style, is devoted to nonfiction, including creative nonfiction. Most of his points on style and organization will apply to any genre, but Zinsser is a journalist and is speaking specifically to fellow nonfiction writers, giving them their answer to E.M. Forster and John Gardner.

Covers all nonfiction—This might seem an addendum to the previous post, but it bears its own attention. Most nonfiction guides, it seems, cover an area of the genre: they focus on creative nonfiction, or academic writing, or the professional varieties like magazine writing. On Writing Well is unique for tackling all the areas. The second half is devoted to various forms of nonfiction, and it covers everything from the memoir to the travel piece, the arts review to business writing. Anyone who does any writing of any variety could benefit from some section of this book, and it should be commended for that versatility.

The Not So Great Parts

The stern tone—I should clarify: when I say that Zinsser is stern, I mean he makes Strunk and White look like kindly grandmothers. The man is ruthless when it comes to what he considers sloppy writing, and he’s got a pretty strict definition of sloppy writing. According to him, most first drafts could lose about 50% of their verbiage; that means, on average, every other word in your first draft is unnecessary. In his chapter on usage, he goes through a lot of unintentionally hilarious handwringing over the acceptability of newfangled phrases such as ok, which he blames on the “permissive” 3rd edition of Webster’s. (Also, there seems to be some law that if you write a book on usage or grammar, you must include some diatribe against using impact as a verb.) I think most writers can agree on the necessity of killing a few darlings, but Zinsser seems so eager that his methods might lose good words in the name of paring down.

Lack of depth—While I praised how many topics the book manages to cover, I should amend that by saying it could have covered fewer, better. I didn’t mind so much in the section when he goes over the genres; those chapters are each about 15-20 pages and, while not enough to teach you everything about that genre, they give you a solid foundation for further reading. Where he skimps is the first section, on style. Those chapters are less than ten pages a piece, and the only lesson you get is to work that backspace button; it only refreshes what I know about style instead of teaching anything new.

Basic information—Trailing off the last point, it’s clear that this book was meant for new writers (or to serve as an occasional reference for experienced ones). Some of the information is second nature to anyone serious about writing. His message of clarity and directness, of deleting extraneous words and including only the information necessary, is a staple of any good writing course and just common practice for writers; if you ignore his fanaticism on the subject—which you should—he doesn’t really offer much on that subject.

I give On Writing Well a tepid recommendation. There’s some handy information in a short and accessible form, and if you need a kick in the pants when it comes time for revision (and who doesn’t need some encouragement when it comes to deleting your beloved prose?), Zinsser is your guy. With so many old editions, you should probably be able to find an old copy for cheap; that’s what I did, and I can’t say I regret my purchase. But if you’ve got Strunk and White and a good grammar guide, I don’t know how much you’ll gain from this book. There are books to be reviewed in upcoming installments I recommend much more.

Ian McCaul has spent his whole life in Kalamazoo, MI, except for a brief detour at Grand Valley State University, where he recently graduated with a degree in English and writing. His short stories appear in the online journals Pulse and Laptop Litmag.
Loading Comments...