The next few installments of Guide to the Guides will focus on style guides, and this post I’ll be discussing Spunk and Bite by Arthur Plotnik. I’m happy to report that this is one of the few books I’ve reviewed not meant for classroom use, which means there aren’t a thousand editions and doesn’t cost more than a normal paperback.

It’s written by an editor/publisher—Plotnik has a long history as both a book and magazine editor, and has written the much-respected The Elements of Editing. This guy knows publishing every which way, and he knows it from an angle not often covered. All of the guides I’ve reviewed so far have been by writers focusing on giving pure literary advice; Robie Macauley was an editor as well, but at a literary magazine, where he was free to waste his time worrying about things like quality instead of marketability. I’ll argue in a moment that Plotnik’s approach is all wrong, but even the most steadfast artist must at some time reckon with the Random House executive, and this guide is an insight into what he might be looking for. The serious literary fiction writer might not have use for most of the tips, but professional writers (journalists, magazine writers) and genre fiction writers might have some use for them.

Focus on style—This might seem a no-brainer that a style guide focuses on style, but it’s worth noting. Most writing guides, at least the one I’ve covered, focus on storytelling and the forms of writing, not language itself; and the other style guide I’ve covered, On Writing Well, doesn’t have the depth required. Plotnik’s guide, on the other hand, gives extensive treatment to all aspects of literary language: diction, metaphor, mood, and everything in between. Not only is this a welcome rarity among writing guides, but also makes it applicable not only to fiction writers but to anyone who writes at all. 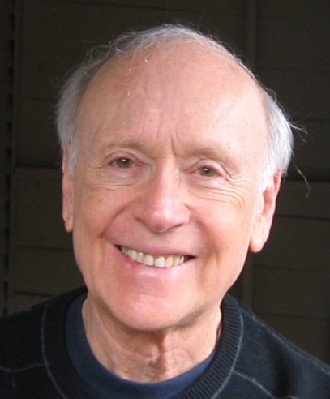 It panders to the lowest standard—Plotnik’s editorial approach is essentially that the kids today are all distracted by their Britneys and their iPods, so no one has the time to wade through War and Peace; you gotta speak their language and grab ‘em before you lose ‘em to a Kardashian. It isn’t about connecting with an audience or keeping your finger on the cultural pulse: it’s about pandering, about selling away the standards that have formed and sustained literature and its monuments for thousands of years in order to get reviewed in People. The book features a chapter on how to reach readers based on their age, while another section warns against the slow opening overture—a tactic that has worked for Thomas Hardy, Henry James, and countless other writers better than Plotnik—because it might lose the reader. But what good is gaining popularity if the price is your soul, and the soul of the culture? Writing is an art and craft shaped by tradition and the talent and vision of artists and critics; the reader has to rise to that standard, not drag it down because he’s too lazy or dense to get through more than a paragraph.

I don’t think I need to provide any more pros or cons: this one con should overwhelm anything else I could say. Most of my negative recommendations have been more tepid than really negative; it’s not that there’s anything wrong with some of them, it’s just that they’re not worth the money or don’t distinguish themselves from others. Spunk and Bite is the first book that I can actually recommend you don’t buy. In fact, I don’t think it should even exist. I know I said that it was useful for some commercially-minded writers, and I suppose someone somewhere might find some use, but I truthfully only said that out of politeness, out of a need to say something, anything, positive. But formalities aside, I have to ask you to please never use this book.

Ian McCaulhas spent his whole life in Kalamazoo, MI, except for a brief detour at Grand Valley State University, where he recently graduated with a degree in English and writing. His short stories appear in the online journals Pulse and Laptop Litmag.
Loading Comments...