This is the final installment of Guide to the Guides; I’ve covered most of my own books that I thought most important, and I’m ready to write about different subjects. I hope someone has found this useful. But before I dwell too much on the end, I’d like to comment on Writing Fiction by Janet Burroway (I base my review on the fifth edition published in 2000). I debated for a while whether or not to cover this, since it’s a textbook and therefore has a limited audience, and one that is usually compelled to buy it. Ultimately, I decided that because of its quality and its status as a ubiquitous and respected book on fiction writing, it was worth the review; conversely, I’d planned on Creating Nonfiction, a textbook I’d had to use for a class, but because it isn’t as good—or, to my knowledge, as popular—I changed my mind. It may seem odd, and even audacious, to review a book that many are obliged to own, and one by an author whose prestige should make her immune to my petty critique, but for reasons that will be made clear at the end Making Fiction is the perfect end to my Guide. 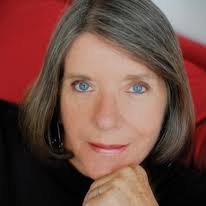 It’s a textbook—I’ve already mentioned that Burroway’s book is a favorite among fiction writing courses, but that also has benefits for those outside of the university workshop. It makes it more comprehensive than any other craft book I’ve reviewed (or seen): it has chapters on everything from generating ideas to revision, with multiple chapters on major issues like point of view and character. Along the way, there are writing exercises, discussion questions, and stories to serve as examples. This depth makes it the go-to guide on technique, a single book that can answer most questions and give specific examples and tricks to fix any problem. For the writer without formal training in fiction writing, Burroway offers the closest approximation to the writing course that you can have at home. It could also be an asset to an informal workshop seeking a structure and writing prompts. Some craft books are noteworthy because of what they can cram in a slim volume, but Burroway shows the occasional necessity of a really big book.

The emphasis on theme—The best craft manuals not only teach how to write, but why; it’s been a constant topic almost all my reviews. Burroway not only devotes a chapter to the subject of theme, but also spells out better than I could why books such as hers must address the topic:

You have something to say that does not answer the question, What happened next? You share with most—and the best—twentieth-century fiction writers a sense of the injustice, the absurdity, and the beauty of the world; and you want to register your protest, your laughter, and your affirmation.

It’s a textbook—This isn’t a contradiction: there are some drawbacks to a textbook, though not with its content. Many craft guides are trade paperbacks, which means they cost about fifteen to twenty dollars; this is not the case with textbooks. According to Amazon, a new copy of the newest edition (more on that in a second) is about seventy-seven dollars, and the list price is nearly ninety-five. Even a used copy can be as much as fifty-three dollars. I was fortunate enough to find my old copy in a pile of free books from my school’s English department and I’m grateful for it, but I don’t know that I could shell out that much money. Especially since, like any textbook, it seems to get updated more frequently than is necessary (it went through four editions in ten years). Though you aren’t required to keep your copy up to date, you might have to open your wallet wide to get this guide.

The modern references—I’m apparently impossible to please: while I warned that E.M. Forster’s Aspects of the Novel might reach too far back into time for its literary examples, in looking at Burroway’s offerings I thought they were too modern. The stories she uses as examples come from the likes of Raymond Carver, Tim O’Brien, and John Cheever; these writers are great and I have nothing against them, but people wrote great fiction before these guys were born and Burroway does not always reflect this. I worry that writers who use this book might not have the sense of tradition and history that accompanies writing fiction and might have their eyes shut against the pleasures and the lessons of pre-twentieth century fiction. Burroway gives some balance in her discussions, where she mentions the likes of Jane Austen, but the book would still be stronger if there were full stories or novel excerpts from older authors.

I enthusiastically recommend Writing Fiction, but since this is my final installment I’d also like to give some more general recommendations. Every writer, no matter the experience or skill level, should have a craft guide that covers technique to serve as a troubleshooting guide, just like having a dictionary and a grammar guide. Burroway is an excellent choice for that role, especially if you can cut the cost with a used copy of an older edition (I can’t speak to any of the newer versions, but my fifth edition is perfectly serviceable). There’s no technique manuals that I’ve seen that can match Burroway’s broad spectrum of subjects, experience, and understanding of the purpose of fiction.

Beyond the basic technique books, I consider Aspects of the Novel and John Gardner’s The Art of Fiction the must-own writing guides. These three will give solid answers for most all writing-related questions, big and small; since I know not everyone cares to cover their desks with these sorts of books, I think three is a small enough number to recommend.

That’s the sum of my recommendations. I’m leaving the rest of the many, many writing guides up to you. Look forward to a new topic next week.