In this installment of Guide to the Guides, I’ll be giving some notes on Technique in Fiction by Robie Macauley and George Lanning. Just to be clear, I’m basing this on the hardcover of the second edition published in 1987; there was a paperback version of the second edition that came out in 1990, but I have yet to find any trace of this supposed first edition. So, if you have an older copy, this review might not mean much to you, and that sucker might be rare. 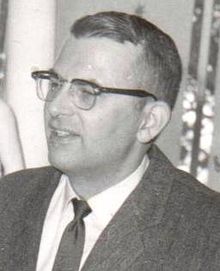 It lives up to its name—If this book covers one thing, it’s technique. While I’ve said in my past two reviews that I prefer guides that cover more than just the mechanics of fiction, this one does such a thorough job that it makes up for that shortcoming. (For the record, I’m not saying that every technique book has to have profound insights into the heart of literature, but rather that such qualities separate the exceptional guides from the herd.) Technique consists of using the various elements of fiction to serve the needs and purpose of a piece, and the book is constructed around that. For instance, rather than just listing the various options for point of view, the authors construct a hypothetical scene and show how it might change as the narrator changes; for the lesson on characterization, they give examples of different ways to reveal character (showing vs. telling) and how that changes our perception. Not only does the book thoroughly cover techniques available, but presenting them as a series of choices is a close reproduction of the writing process, making it supremely helpful to writers of all skill levels at any stage of composition.

Organization—This seems a simple thing to praise—after all, what good would it be if it weren’t organized—but ever since The Art of Fiction, which smushes minor stylistic reminders alongside holistic ideas, I’ve learned not to take clarity for granted. Each chapter covers a different area (plot, form, style, etc.) and keeps fanatical focus on its subject. There are even subheadings so you can pinpoint exactly what you’re looking for without pawing through the whole book. This makes it an excellent general reference, since it’s organized about as tightly as the dictionary. It’s also a great tool for revision: if you’re stuck on a particular aspect of a story, you can easily find the relevant section. Because, as we all know, the last thing a writer needs is another excuse to stop work. 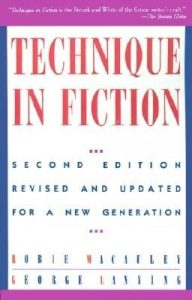 It does not mention Flannery O’Connor—Honesty time: I bought this book for the gossip. At the time, I was taking a nonfiction class and we were reading O’Connor’s collected letters, and the professor mentioned that many scholars speculated (and in English departments its called speculation, not gossip) that Robie Macauley may have been a love interest of O’Connor. I bought the book hoping that Macauley would let slip something juicy, that in the middle of some anecdote of his grad school days he’d confess his undying love. No such luck: he mentions O’Connor, but as a writer and not a girlfriend. I know it’s a petty and bizarre reason to buy and then dislike a book, but I was still disappointed.

The negative examples—The best technique guide is still but a companion, since no single book can replace the teacher of lifetime reading. For that purpose, the best guides include passages from great works to serve as examples. But the idea is that great writing breeds great writing, which gets lost if the guide offers more examples of what not to do, which is exactly what this guide does. Most of the examples are held up for scorn, and the authors hope you’ll learn by avoiding the mistakes of these hacks. This is not only ineffective, since you learn better from seeing how to do something correctly, but downright rude, as it’s poor form to use someone else’s work that way. More importantly, many of the works used as negative examples hardly deserve it. Othello, considered one of the most important books of all time, is to Macauley and Lanning, a “plot [constructed] out of the most incredible patchwork of chance.” Willa Cather, likewise, has a “curiously deficient aesthetic sensibility.” I’m sorry, but who the hell are Robie Macauley and George Lanning to dismiss Shakespeare and Henry James (whose Turn of the Screw, oft praised for its ambiguity, was just too ambiguous)? Both published several books, and Macauley was an editor for Playboy and The Kenyon Review, but let’s check the Norton anthologies in twenty years and see what the score is. There’s nothing wrong with disliking a classic or questioning the cannon, but these authors and their work deserve better treatment.

Technique in Fiction is, all things considered, a pretty good guide. It’s got a lot of the fundamentals of craft in a clear and readable presentation. That said, there are lots of pretty good guides in the world, and this doesn’t do much to distinguish itself. Everyone needs a good reference guide, and you could do worse than this one; if you’ve got one already, than skip this one because you’re unlikely to learn anything new. If you think differently, please leave a comment, and read again next week when I cover Making Shapely Fiction by Jerome Stern.