Each day I attach less value to the intellect. Each day I realize more clearly that only away from it can the writer possess something of our past impressions, that is attain to something of himself and to the one subject matter of art. What the intellect gives us back under the name of the past is not it. In reality, as happens with the souls of the departed in certain popular legends, each hour of our lives, as soon as it is dead, embodies and conceals itself in some material object. It remains captive there, forever captive, unless we meet with that object. Through the object we recognize it, we summon it, and it is released. The object in which it conceals itself–or the sensation, since every object relative to ourselves is a sensation–we may very well never meet with. And so it is that there are some hours of our lives that will never be resurrected. For the object is so small, so lost in the world, there are so few chances of it crossing our path.
Marcel Proust: Contre Sainte-Beuve, 211. 1908-1909. [My translation.] 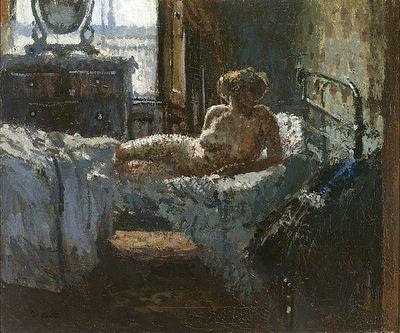 Echoing Conrad’s Preface to The Nigger of the ‘Narcissus’ (1897), Woolf argues in “Walter Sickert” (1934) that “the novelist after all wants to make us see,” yet the operations incumbent on the act of seeing–the need to stimulate “the eye of the mind and of the body”–necessitate that we should linger “on the verge” (241), on the threshold of envisioning the “silent land” which “lies before us,” for it is a sharer in the eyeshot of our view (242). Given that we come “within sight of it many times,” this “land,” this muteness brimming with words we cannot comprehend, spurs us to “feel something” that has “nothing to do with the story” we will ourselves to tell of the world we know (242). Indeed, Proust and Woolf instruct us that telling the “story” involves relating what cannot be told of the “land” whose silence baffles mere recounting.

Though they organize their instructions differently, both offer us a means of conceptualizing objects–while Proust refers to those agglutinations of time and matter such as stones, their scale dwarfed by the ground which always recedes from them, Woolf points to the paintings or novels issuing from the marriage of mind, eye, hand–and both begin with a sense of numinous things. Even so, the numina at once concealed in and actuating the life of things remain vulnerable to how we may misprize them. We may fail to find them on our way, fail to render ourselves a Proustian tuning-fork for the vibrations with which things inspirit us when struck by mutual recognition, or we may equate Woolfian paintings and novels with the “impediments” of their representations (236). As a “zone of silence” lies “in the middle of every art,” as “artists themselves live in it” (236), art, maker, and the things whose tactility he figures participate in the “other world” of which each “is mysteriously a part” (237), so that to identify the object with the “facts” of its narration (236) is to lose sight of “meaning” which “cannot be expressed in words” (243), to replace the “something” larger than the “story” with the simply sayable. Thus, to make–and, by extension, to regard the having-been-made–entails our engagement with “something” finally beyond ourselves. And the finality of that “beyond” brings us face to face with power. 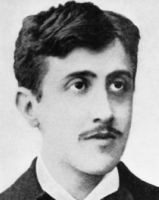 Nevertheless, in terms of Proust’s directive, power signifies a problem by virtue of how its application realizes a manner of considering objects unendingly exposed to our exploitation. The Proust of Contre Sainte-Beuve may abdicate the mind’s capacity for intellection, yet to abdicate here is merely to readjust the office of intellect itself: if the “eye” of the “body,” raised over that of the mind, must gather up, pick out, read, cognize the objects galvanizing it, the noetic “eye” details the harvest of its apprehensions in words identical with the sensations they typify. Hence, we orbit within a ring of equivalences: since, through the vehicle of sensation, the bodily “eye” becomes interchangeable with the things on which it grazes, it at once nets and eliminates the integrity of its very objects. And such an undertaking requires that we ask–what notion of congress does Proust describe? How might it articulate a double loss?

Given that out lost time nests in the materiality of things–as though each moment were ceaselessly hungry for its incarnation–and that, in regard to those who live by means of it, time’s successive character can only depend on privation, Proust visualizes an alliance between the container and the contained, the latter in thrall to the object of its internment. Moreover, thralldom registers a compromise between the perpetual absence accompanying moment-to-moment succession and the imperative to resist oblivion, even though such resistance secures time’s bondage to its deliverer. But how should we see the deliverer itself, the stone, the tree-branch, the leaf strewn across the ground at our feet? The merit of the thing itself rests in what it imprisons, Proust implies, and solely in reference to its detainee can we begin to consider the virtues of its physicality. Any attempt to contemplate the thing divided from its captive deems the path on which we walk the dominion of the diminished, as–so slight, so susceptible to breaking–the thing must be unworthy of recognition or of the recovery Proust esteems.

Thus, the object is made to tolerate a multiple divestiture. Divested of its solidity when our eyes penetrate its surface in order to regain the internee for which we yearn; divested of its value when, pages later, Proust pictures time in the accoutrements of personhood, its arms outstretched in a plea for resurrection, reverberating Aeneas, his underworld descent, and the divine progress which the Aeneid. Book VI, proclaims through a dead father’s reawakened voice–the object remains on the path below us, stripped, naked, victimized by concepts to which it had no choice but to surrender. For we–and my “we” includes Proust together with his readers, since both conceive of the world, its constituents, and their relations–are the cardinal summoners of the contained, of the imprisoned which we free by the detection of our gaze, by the incantation of a word, as though gaze or word could return us to ourselves through the rising up of the not-yet-lost. Rejecting Woolf’s “zone of silence,” Proust and his eidolopoeia image the phantom forms within things and the speech attributed to them, casting the world in the shape of a columbarium in which each object is an urn for the restless, apportioned dead. But, in “‘Robinson Crusoe'” (The Second Common Reader, 1932), Woolf gives us something to position against this impoverished summoning: a “large earthenware pot” (45). We should heed her. 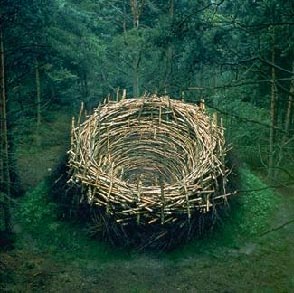 We can linger with Woolf by marking the “reality, fact, substance” of the “pot” itself, how, like all things “staring us full in the face,” it “thwarts us and flouts us,” so that our expectations of it and the world in which it participates are “rudely contradicted” (45). And contradiction signals our drawing close to the gift of proximity: however Defoe, as Woolf declares, keeps “consistently to his own perspective” (45), that “perspective” is proportional to the “plain earthenware pot” standing “in the foreground, whose “solidity and earthiness” discharge the effulgence by which author and reader see (48). Hence, Woolf proposes that we fathom the thing before us–and the range around it–through the thwarting and flouting of our desire, whether desire goads us to render the thing an apparatus for recuperating time’s continuous debit or impedes our vision of the object which declines to duplicate our self-regard. To edge near, to contact the heat of things (the luster of stone, tree-branch, leaf, or “earthenware pot”) is to grant them their difference from us and from our method for apprehending them, as to proceed otherwise is to evacuate things and world, if both suggest a domain beyond the shaping load of our will.

Woolf allows us to infer that the thing closely seen jolts us, just as her introduction of the unembellished “pot” jolts us, because to be schooled in the art of looking is to acknowledge the jar, the nudge, that posited difference permits us to experience. She extends to us not an exercise in indirection but a launch into necessary revelation: unlike the Proustian schema, with its vocabulary of forfeiture and restitution, its decree that the thing should be made a surrogate of the self buckling under the onus of time, Woolf intimates that we must deliver ourselves to the task of looking at things as though they were distinct from our mode of comprehending them, that, by means of distinction-making, we may come under the umbrella of their light. Real, factual, substantive, the “earthenware pot” instances the patronage of things and is luminiferous, seeing that Defoe, Woolf, and we ourselves can generate a “perspective” by dint of it.

Notwithstanding such benefaction, we need at once to remember Wittgenstein’s claim, in the Tractatus (1921), that “the world is everything that is the case” (1) and Paul Engelmann’s safeguarding inference from it: as “an image of a fact,” a “proposition” may delineate “an element of the world,” though if “true propositions form a picture of the world, they can say nothing about their own relation to the world, by virtue of which they are its picture” (101-102). If objects are the lights we see by, if we achieve “perspective” through our propinquity to those lights, the world will nevertheless escape our descriptions of it. That is the world’s distinction–to repulse the comprehensive “picture.” Yet, while each person remains a “common seer,” as Woolf avows in Roger Fry (1940), each must revere the thing whose illumination traces a “mind mark” in the tissue of his irradiated organ and balk at substituting the traced for the tracer, the picture for the pictured, the descriptor for the described (105, 85). And we should know what we mean by the activity of sight. 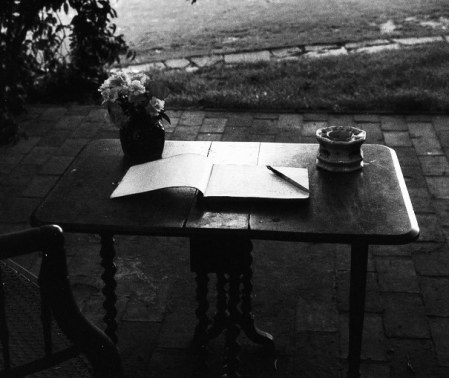 Bruce Bromley is Senior Lecturer in expository writing at New York University, where he won the 2006 Golden Dozen Award for teaching excellence. The above material is an excerpt from his book, Making Figures: Re-imagining Body, Sound, and Image in a World That Is Not for Us, which the Dalkey Archive Press will publish in 2013.