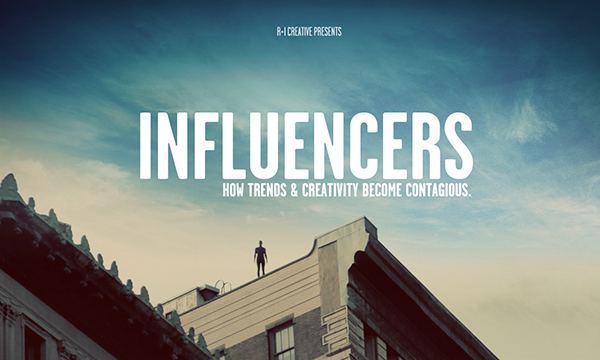 “INFLUENCERS is a short documentary that explores what it means to be an influencer and how trends and creativity become contagious today in music, fashion and entertainment. The film attempts to understand the essence of influence, what makes a person influential without taking a statistical or metric approach. Written and Directed by Paul Rojanathara and Davis Johnson, the film is a Polaroid snapshot of New York influential creatives (advertising, design, fashion and entertainment) who are shaping today’s pop culture.”

The project doesn’t stop with the above documentary, either. The makers are planning on what they are calling The “Influencers In-depth Series,” which will “parallell the film and provide an in-depth understanding on the topics mentioned in the film.” The series will be available starting Wednesday, November 17 at influencersfilm.com and will feature creative notables sharing experiences and thoughts on how to maintain a balance between passion, art, and business.

Learn more about the project at influencersfilm.com, or on their Facebook page.