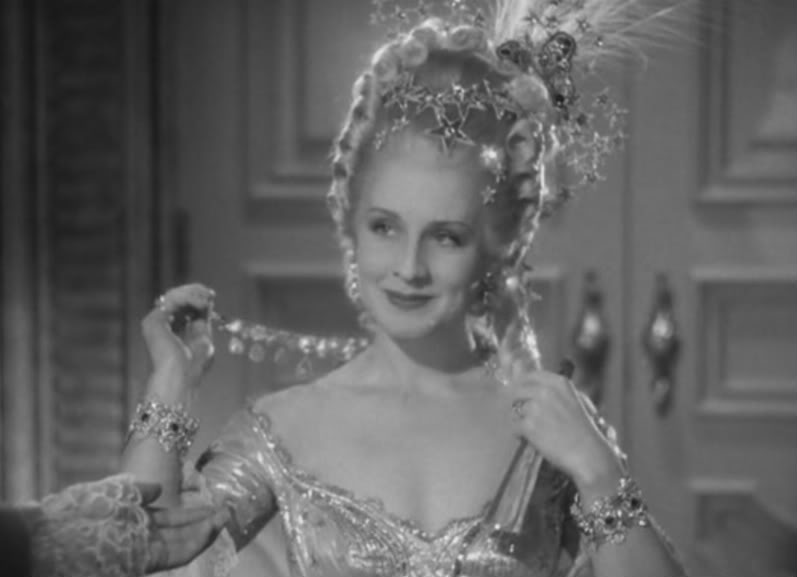 1938’s Marie Antoinette burbles up another ball scene on the television aspark in a corner of the bedroom, the one to the right of the wall of windows looking out, if windows, like eyes, could look out, on the red-bricked junior high school shut because of too many lousy student/teacher performances. Noah sees that I am busy at what he calls my vertical dreaming again, standing, looking but discovering something else, certainly not the dauphine of France about to meet Count Fersen, or Tyrone Power in thigh-tight leggings, ready to gamble on a Swedish accent that fails to show.

Standing, I dream of my body without clothes lying face up in bed, cock mustering to attention, that bedded Bruce somehow fissioned from the one who lingers, hypnotized before the windowed wall, his back to its rectangular panes that shiver from a gusty whirl of air seeming to twitch the street lights on, while both Bruces persist in a doubled sort of there. We are twinned and weightless, he and I, the lack of weight announcing the failure to find another way: to be one thing without the semi-solace of forgiveness for some misremembered flaw or a fulfillment whose demands, the two Bruces think, would not support its continuing to last. The cipher on the bed begins to blur away when Noah moves a hand up to my right shoulder, night nosing at the windows behind us, as if it wanted to come in. And the too young dauphine, played by a slim though middle-aged Norma Shearer, squints at Fersen through her mask, her teeth silvery with spit and dessert wine.

Tyrone Power, once allowed, will drink it all. 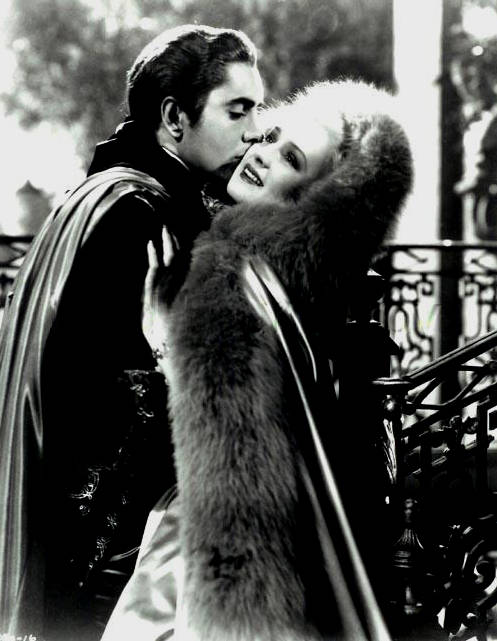 Before this can happen, the orchestra squelches out a dance that means to mime Rameau but becomes a Gershwinesque mush of bottom-heavy strings topped by piccolo fanfares, the sound stretched between two discrete time-scales, a discord Noah notes as I check my outfit in the full-length mirror before we call the cab that will take us to a 1980s retro-night at The Fire House, once The Vestry, once a church whose soup kitchen lines roped around all four blocks, giving God’s house a hungry pull. Upright, dreaming, I gaze at the crowded glass, my almost 50 year old body alongside the near adult boy I then was, spotting Noah on de-sanctified ground under a disco’s strobe light flash, unzipped flies inviting the hoist and hump of pelvis-on-pelvis, as Grace Jones demanded, in song, that we should pull up to the bumper, baby, all the world an outside through which everyone ought to be capable of moving. Years afterwards, Noah window-dresses Barneys New York street-level displays, and I sink myself into teaching approaches to critical thought at the university downtown. Yet the mirror affirms that the two Bruces, together, can still slide on these Gaultier striped tights, this Westwood silk jacket, these steel-capped, platform ankle boots. Turning to the screen before Noah flicks it off, I speculate that Norma Shearer must be unable to move in her square-tipped shoes, shrinking under the carapace of her gown, seamed with celluloid diamonds up to the cleavage, fossilized by powder. Antoinette could register Versailles lacquered on pasteboard windows if she turned, but the polyp-like white wig sequesters her from turning. If she were to implode, the wig would stand. Even so, Tyrone and Norma bend towards each other; the gavotte begins; in the taxi with Noah, I think of cinematic dances unending on other screens–and of Carl, who became Keisho because he hated the memories buried in his name. 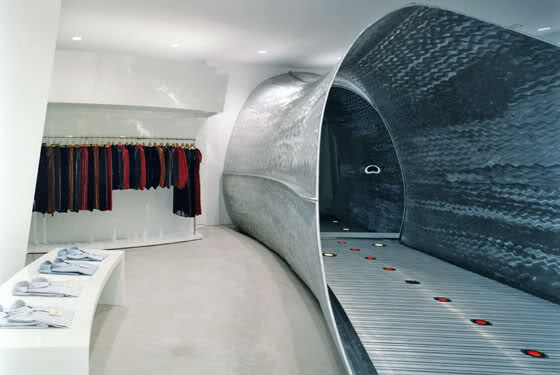 The Keisho I thought I knew made an idol of Rei Kawakubo, and he worshipped it daily in his job pushing menswear in SoHo, threading stories about the magazine-friendly faces that came to him, about Julian Sands slumped in a dressing room, bewitched by his own sockless feet for time without measure; about the titled British Lady who, in another age, had been stuck to Mick Jagger’s side but who now crackled out Lou Reed songs while her band scratched at their guitars. She would tilt towards the wall-high mirror, in a man’s suit slit diagonally from nipple to mid-thigh, murmuring endearments to herself as though that image gave her back someone other, someone worthy of being fused to. Keisho spun these tales in the store’s stockroom, at a marbled table before a window so wide that it was a flatscreen on which the Kawakubo-designed courtyard rose up: three dwarfed trees, a curve of water around them, its petalled surface flaring red from lights in the mud below. But this hip-swirling star of The Vestry’s early morning hours, this talking Keisho, was back-storied by Carl Thomas from the Bronx, sprouting up under a mother’s insistence that he would forever be insufficiently black and beautiful, a boy overmastered by his father’s affection for sucking what he called the love juice out of him and who schooled two older sons in committing themselves to identical lessons, even as all, I soon learned, berated Carl for being bleached from the womb a pale nut-brown. So he lopped off Carl and Thomas and grew into Keisho from Brazil, raised in the shadow of the mound that hulks over its southernmost city, the shops shimmered by a sun that will not go down. Ahead, however, of his Vestry-stardom, long before Noah and I are gliding through the swung open doors of The Fire House, Keisho/Carl will die of pancreatitis in an uptown hospital. The doctors reported, after opening him up: there was so little to him that he seemed already gone, though I remember Keisho’s yearning for the far, for the distant, for any world away from the Carl who had been extinguished. In the club now, parallel to Bryan Ferry’s croon, I hear Keisho chanting out his manhunt call of you got the goo I need. 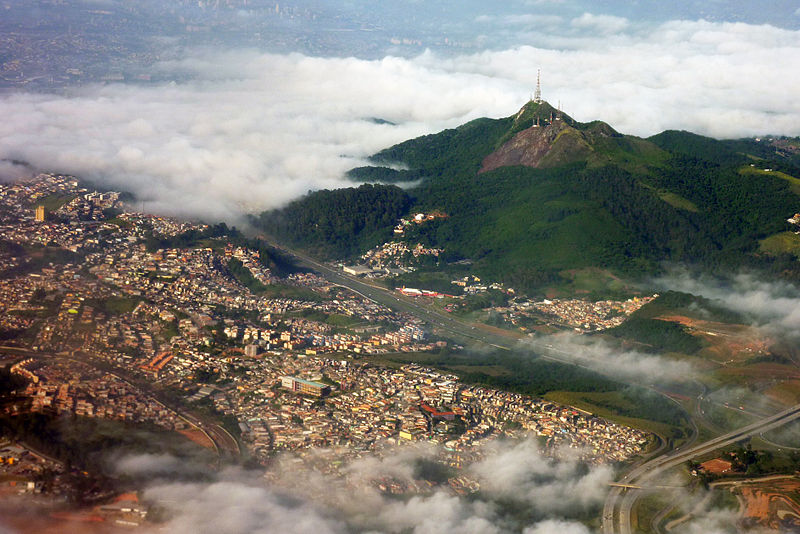 But that is when Keith Haring appears to ascend from the floor, as if alive. 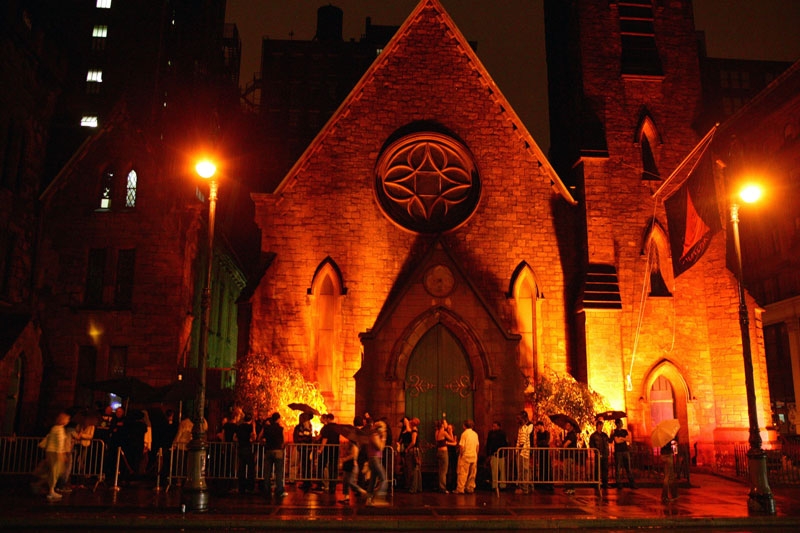 He’s been crotch-thumping the stone floor beneath our feet in satin shorts that stop at the knee, his calf muscles long and quivering to the bass-line tune of blood in my ears, torso bare, the tits poking up, his arms fibered with brownish veins in the shape of tobacco leaves. He would surely taste of honeysuckle if you were to lick him, unmarked by the disease that bedeviled those needle-lovers and buttboys belonging to what my students identify as the old times, pertly reordering a world they can’t concentrate on enough to recognize, due to its inadmissibility. Swaying below the mirror ball that used to summon Keisho’s power to picture a Carnaval in Rio he had never quite seen, I don’t know what this Keith Haring is–under the lemon-lightened quiff, under the awning of his name that keeps curlicues of painted dicks and breasts entwining on more museum walls than anyone could hope to count. What I do know is that life’s little word aims at something larger than I can ever learn to carry, that Noah and I are dancing, balls to balls, in time with Chaka Khan’s ecstatic wail when Keith Haring uplifts his leafy arms as if everything were here, an early sun just flickering at the repurposed windows of the church, even if no one in The Fire House has yet begun to see it. 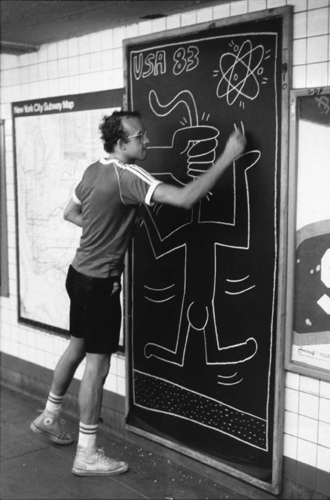 Bruce Bromley’s fiction has been nominated for a 2012 Pushcart Prize. He is Senior Lecturer in expository writing at New York University, where he won the 2006 Golden Dozen Award for teaching excellence. His poetry, fiction, and essays have appeared in Out Magazine; Able Muse; Gargoyle Magazine; The Battered Suitcase; BlazeVox Magazine; Journal of Speculative Philosophy; Glasschord Magazine; and in Environmental Philosophy, among other journals. Dalkey Archive Press will publish his book, Making Figures: Re-imagining Body, Sound, and Image in a World That Is Not for Us, in autumn 2013.