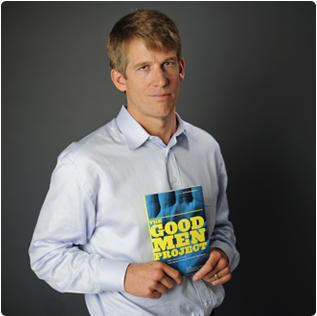 Thomas Matlack was Chief Financial Officer of The Providence Journal until 1997. He was the lead investor in the Art Technology Group, which reached $5 billion in market capitalization in 2001. He founded and ran his own venture firm from 1998 to 2010, before turning to writing. He is the founder of The Good Men Project.

I happened to meet a major vendor of Verizon’s new FiOS effort at a dinner party the other night. He let me in on a dirty little secret: Pay-Per-View is driving the resurgence in the old Ma Bell. And it isn’t Bambi that’s doing it.

I had this revelatory conversation after Tiger Woods but before Jesse James had been busted for screwing around. So I got to watch yet another national scandal unfold with these facts fresh in my mind. I spoke to another friend, who runs a major organization focused on sports and society, who just laughed at the outrage over Jesse messing with the tattoo girl when he’s married to America’s Sweetheart. “All the guys pointing fingers are just trying to keep the attention off themselves, as they slink off to the nearest strip club.”

I keep asking myself: Aren’t we sick of these stories? Do I really care about the status of Charlie Sheen’s recovery? What I do care a lot about is the state of the average American guy. And for him, I am pretty darned concerned.

John Edwards, Tiger, Jesse, and our obsession with their bad behavior, are a symptom of a much deeper problem that the Groundhog Day feel of the news should shake us all to consider, even if you aren’t privy to Verizon’s pay-per-view stats. Guys in our country are at a crossroads. We are not all cheats and drunks (though I was at one point), but most guys I know are pretty confused.

I’ve spent the last two years interviewing men of all walks of life: black, white, rich, poor, gay, straight, urban, rural, famous, and the guy next door. I’ve talked to murderers locked up in Sing Sing and NFL Hall of Famers, stay-at-home dads and reporters on the ground in Baghdad, men who failed at marriage and those that succeeded, dads who lost children or struggled with them growing up, guys fighting for our country and those just trying to do the right thing.

In all those voices I heard one thing again and again: the struggle to stay true to themselves as men. Every guy I talked to who had made it through to some kind of peace of mind had hit a wall of some sort when they lost a wife, a buddy, a job, or got thrown out of the house. They woke to look in the mirror, knowing their world had changed forever. The way they had been limping along in life would no longer do. They had to dig deep to find themselves for real. They had to tell the truth about themselves and hold onto it.

The issue is, in part, cultural. Men in 2010—with more men unemployed than at any time in recent history—are supposed to be present fathers, intimate husbands, and still bring home the bacon. It’s like women 50 years ago. There is no way we can do it all. And yet we don’t like to talk about it. Most guys stay silent and compartmentalize. Men, especially when in pain, don’t like to talk about it. The last thing we want to do is end up on Oprah’s couch crying our eyes out.

So this is where that 18 minutes comes into play. It’s a way of coping, instead of actually talking about it. It takes little shame, and only accelerates the trap that too many guys fall into, thinking we are alone. All these guys doing the same idiotic things, thinking they are the only one.

At least in my case, success and public attention soon meant my public and my private personas would become widely divergent. I failed miserably as a father and a husband. I lied to myself and ultimately everyone I cared about. But you don’t have to be the CFO of a big company, as I was, or be Tiger Woods to compartmentalize as a guy. All of the men I have interviewed talked about it as the fundamental challenge—being the same person in every aspect of life.

As with Tiger, there is no excuse for Jesse’s behavior. The victims are the wives involved. But at the same time, I am rooting that they get better. Being a cheat isn’t a good time. It’s actually quite miserable.

Fourteen years later, I am sober and happily remarried. I hope that these guys get a clue. I also hope that as a country of men, we start talking more openly about the source of these problems rather than having to watch the train wreck happen again and again and again while the media feasts on yet another tragedy.

So guys, stop pointing the finger at the latest celebrity caught with his pants down. Stop suffering in silence and start talking about what is really going on, even if it isn’t pretty. Tell another guy. You might be surprised at how much he can relate to your pain. The 18 minutes isn’t going to solve a damn thing. 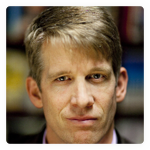 Thomas Matlack is a writer living and working in Boston. In 2008, he founded The Good Men Project, and has since appeared frequently on television and radio across the country. His essays and stories have been published in Boston Globe Magazine, Yale, Boston Magazine, Penthouse, Wesleyan, Boston Common, Tango, and Pop Matters. He is the former CFO of The Providence Journal.