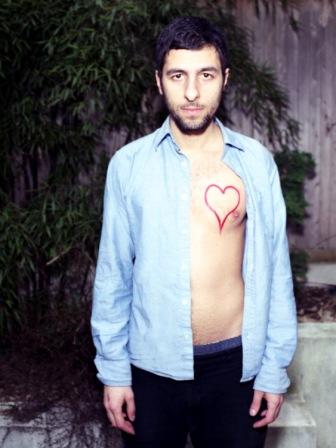 Ben Evans: So how did your approach to Fields; constructing it with two other people, differ from the creation of your solo records?

Jose Gonzalez: For this album we decided to write everything together; we feel like it’s a band, that everybody should be involved and everything. So we just spent a lot of time jamming and recording into the computer; and so hours and hours of jams, and after a while we took the parts that we liked, and at the last minute I would go home and write the lyrics.

BE: Did you find that you evolved, that collaboration allowed you more freedom; that you grew as a musician throughout the process of recording this album?

JG: Ya, it’s liberating in some senses. When we’re jamming, and the guitar parts- there not in the front of the mix so I can get away with simpler stuff than when I write my solo stuff. It’s more about the whole. So yeah, I feel like when we’re writing (as a group) and when were playing live I’m able to be more free and improvise a bit more. And also, while we were producing I was able to… I would play bass and synthesizer and percussion and congas, so it’s been like a musical…what do you call it? It’s been inspiring to play other things and not only guitar.

BE: Well, I’m going be honest, one of the main reasons I wanted to talk to you is because I think your one of the most thoughtful musicians writing and playing today; and all of your music, whether your playing with Junip or on your own, it seems to be under-laid with these potent, meditative undertones, these kind of philosophical currents. Who do you read and can you talk about some of your spiritual and philosophical influences?

JG: Ya, I mean for me it’s always been important for music first, and then lyrics. But I feel like for people who are interested and want to know more, I think they can notice that I come from a humanistic background. When I’m writing it’s usually from a humanistic perspective.

BE: I see a little Kierkegaard and a little Kant…there’s a song, on your last solo album, In our Nature, that’s called “Cycling Trivialities;” that’s always been a pretty poignant song for me, especially when you sing, “Oh, What is this thing in me.” Can you talk about that line, and have you identified that thing as of yet?

JG: I don’t think I sing that.

JG: No, (laughs) but it’s a nice interpretation. It sounds like something I could write, but its not.

BE: I’m abashed. Well, can you talk about the song a little bit then?

JG: Ya, I had the song for a very long time, and I had the chorus (it) was ready a couple of years before I recorded the song. I knew I wanted to sing about when you get caught in trivialities and you can’t see past your own horizon, and basically how you can make things seem bigger and more difficult than they really are. Almost sentimental, the lyrics about…

BE: It seems to be almost in opposition to a humanist philosophy though, suggesting that we’re cycling trivialities. It’s kind of interesting.

JG: Ya, I mean its more of an observation, and not…Almost like complaining about yourself and how you get stuck in small things, and you want to change that.

BE: Well, I seem to have misinterpreted the song and I apologize.

JG: No, no worries. Its open for interpretation. I like it when people hear other things that mean something. It’s cool.

BE: Can you talk about the cultural differences between Sweden and the United States, and whether either atmosphere is more conducive to being successful in the arts, and in music?

JG: (Sweden) Its known for…When I grew up it was easy to get rehearsal spaces, and when I was a teenager I played classical guitar in a place where young people were able to play on big stages with a professional P.A. Then when my friends started releasing albums; it was really easy to get grants from the state to produce an album or release an album or go on tour. But, ya, I think it’s a good country for the arts, but apparently lately its been getting worse.

BE: Lets get back to the Junip album real quick. What do you think is the central sentiment or emotion that the album (Fields) is organized around? Or what is the general feeling your trying to convey with the record.

JG: I don’t know, because I feel like there are different themes on the album, and there are different songs. So if you look at a song like “Always” or “Off Point”…those songs are like sort of accusing songs or ????. Then you have a song like “Its Alright” that’s open and positive. So, yeah I don’t feel like there is one common theme on the whole album. And the song “Without You” is kind of a relationship song…

BE: Did you set out to weave the record together as one piece, or do you feel like its made up of disparate songs?

JG: I feel like what holds it together is the sound. The songs are very different from each other… I feel like the sound is similar, and people who write about our album seem to think the songs sound similar and that the record is cohesive.

JG: Well, it seems like its different from show to show actually. The shows in the States have been pretty good, we toured in June before the album was out and had pretty good crowds and were able to connect with the audience.

JG: (Laughs) Ya, I’m telling the politicians that here in my hometown.

BE: I don’t know if I’m making a leap or inferring too much again; but is music a tool you use to search for answers? Is there any instance when after writing a particular song you’ve discovered you’ve learned something about yourself in the process.

JG: Ummm, I think its more about having music being…Ya know I think it can be liberating in a way, meditative…

BE: Is it cathartic?

JG: Ya, exactly, like your doing something creative and you feel really good while your doing it, or after. So it’s not so much about finding out who I am, but about feeling very excited when you come up with a riff or a line that you like. It’s more like therapy than a way to know yourself.

BE: You seem like a very grounded, balanced person; are you happy?

JG: Yes, I mean I have my ups and downs like anyone else; but especially now, I am very, what do you call it?

JG: Yes, with both Junip and my solo-stuff and my relationship with Yukimi (Nagano), so life in general feels pretty good for me now, and balanced. But I mean I’ve had my ups and downs; I’ve had periods of time when I’ve been really down and super unbalanced.

BE: And I’m sure you’ve turned that into beautiful music.

Jose Gonzalez is a musician and songwriter living in Gothenburg, Sweden. Gonzalez has released two critically acclaimed solo albums, Veneer and In Our Nature, and performed on Conan O’Brien and Jimmy Kimmel Live. He also plays guitar and sings in the trio Junip, whose first full-length album, Fields, was released last year.
Loading Comments...