It’s hard to categorize the music on “Madly Love”, but one could make the case that its blend of Irish blues and Southern-tinged rock falls under the rather broad definition of “Folk Music”. Whalen notes, “As I wrote these songs, I was accessing very early memories of the grown-ups playing records constantly around the house. Arlo Guthrie, The Everly Brothers, Mitch and Mickey, The Folks Men, and “The ‘New’ Main Street Singers were in heavy rotation, not to mention Sam The Sham & The Pharaohs.” 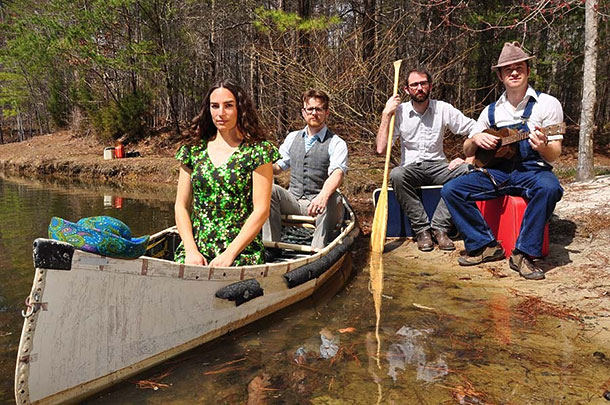 Sorry, streaming albums are only available during the month they are featured. Also in This Issue:

Katharine Whalen is a musician living and working in North Carolina. After a long stint with the band Squirrel Nut Zippers — which included appearances on A Prairie Home Companion, The Tonight Show, Late Night with David Letterman and Conan O’Brien — Whalen moved on to embark on several solo projects, the most recent of which is her album, Madly Love.
Loading Comments...