I Am War (with accompanying poem, ‘Until Tomorrow’)

It erupts again,
possessing in full,
that fury to survive
and acquit without shame.
For some, mere lines in sand,
for me, echoing horror
ringing from stone to stone
from stump to stump.
I am changed, mild to fierce,
uncaring of my wake,
unaware of my wounds.
Berserker I, heedless of the cries,
without remorse
… until tomorrow. 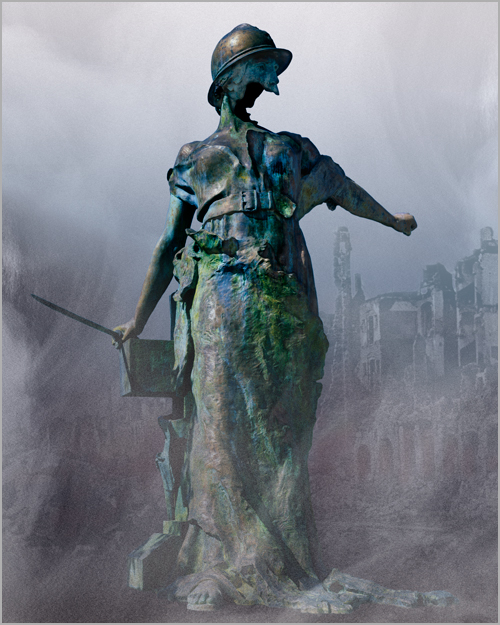 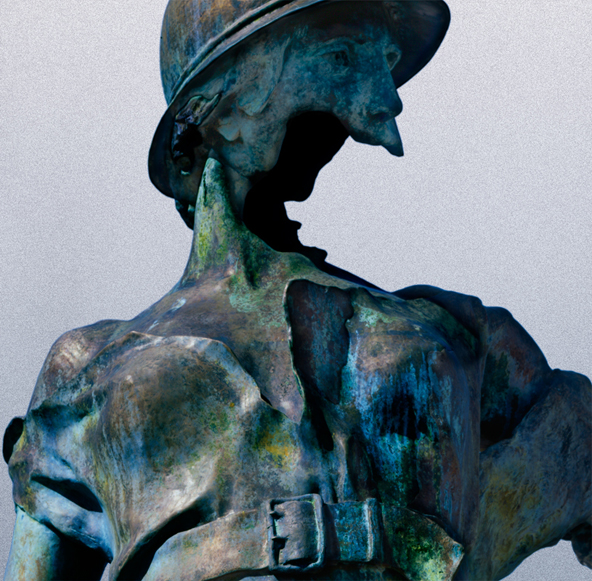 Note from the artist: The above image is based on my photograph of a replica of Le Monument aux Morts by Edmond de Laheudrie in Trevieres, France about 7 km from Omaha Beach. The statue was originally dedicated in 1920 to the memory of 43 soldiers from the village that were killed in WWI. Its face was damaged by an Allied artillery shell two days after D-Day, 1944. There could be no more poignant symbol of the recurrent horrors of war. The replica statue stands at the WWII Memorial in Bedford, VA, USA.

Also in this issue: Weapons of Mass Destruction, a Visual Perspective 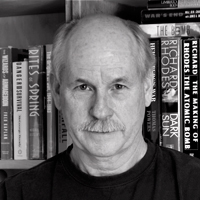