The following songs were all released this year, all on full-length LP’s. The exception, however, is the track “You and I,” which features Richard Hawley accompanied by The Arctic Monkeys (listed here as The Death Ramps)–a collaboration which I hope will yield more. Some of these songs appear on albums I’ve reviewed here already; the main criteria for inclusion is simply frequency of plays.  There have been many great albums or EP’s released this year that are not represented here–the artists Now, Now, as well as Daniel Rossen, Exitmusic and Ladylike Lily come to mind–but these are the songs I keep going back to again and again, some of which even come from albums I dislike as a whole (Patti Smith’s Banga, for instance) or from bands I generally pass over (Margot and the Nuclear So and So’s, for example).  Anyway, I hope you find something here worth checking out or have suggestions for me (already tried the new Beach House, though) or simply wish to take issue with the quality of any or all of my choices. 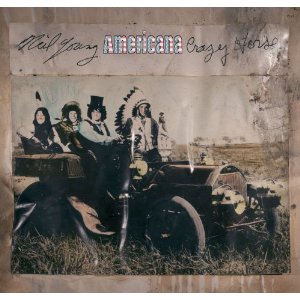 1. “Oh Susannah”, Neil Young and Crazy Horse, Americana.  I love this idea of taking the structure of a simple folk tune and simplifying it even more for the sake of a loose and rockin’ feel that only Neil and his crew could get away with.  The intro is a brilliant example of a band finding its way into a groove.

2.  Richard Hawley and The Death Ramps, “You and I”,  Black Treacle-Single.  Great voice.  Great Band.  The sound of him exhaling his cigarette smoke before he sings, “Aw, fuck it,” is priceless.  Click title for video.

4.  “Maelbeek”, Dictaphone, Poems from a Rooftop.  Well-crafted glitch and blip mixed with the symphonic.

7.  “Fatal Shore”, Andrew Bird, Break It Yourself.  Just listen to the lyrics and how they’re delivered.

9.  “Banga”, Patti Smith, Banga.  Wish the chorus was the whole song and went on for twice as long or more.

10.  “Books About Trains”, Margot & The Nuclear So and So’s, Rot Gut, Domestic.  A little grungy throwback here, but mostly I love the song’s sentiment–perfect for the conflicted agorophobe.