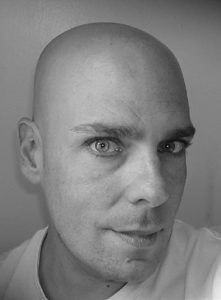 Letters to Guns is a first book. It is not uncommon for inaugural books to run high risks of ambition. But too often, those risks seem arch or manipulatively over-reaching. They are too often executed with high doses of self-indulgence; the taint of investment, gratuitous expectation, or a cloying aggrandizement which smudges the poetry. If wrenching together a couple of seemingly incongruent metaphors is good, why not throw in an island in the pacific, the kitchen sink, and a flaming blue paper umbrella?

Letters to Guns is laid out around eight short surreal letters from objects to firearms. (Don’t turn away dismissively; thinking this conceit could not possibly be your cup of tea.) Absurdity, when done right, can build a deafening argument and be the source of great freedom. Brendan Constantine arches, but he understands: the greater the restraint, the greater the freedom. He knows absurd movements are best served up without gratuitous histrionics. His style, while highly theatrical, is poetic, impeccable, and clean.

Constantine’s imagination takes possession of the present and the historical world in ways rarely seen. In just 19 lines, a creation myth poem (“One Million Years BC”) can rocket from oceans, jungles, and oozing to:

…Cats
with knives for teeth stalked
themselves under skies crowded
with sharp birds calling “Oh,
baby!” At night nothing walked,
the moon hissed at the ocean,
and the stars held each other
at gunpoint.

The world is part material, part apparition; ever fully created. Sometimes a television broadcasts in black and white; sometimes in color. iPhone screens lie just around the corner. Ghosts make it into parallel realms; but not their garments.

Ambrose Bierce said all reports of ghosts
wearing shrouds were unreliable. Whatever
powers of apparition might bless the flesh
could hardly be expected of cotton, silk,
or wool, otherwise we ought to see
old clothes appearing on their own
from time to time.
…The first shrouds
were blankets, then ropes on boats. Now
they’re the skins of spaceships, allowing
them to leave the earth & return cool
as night birds. The cries of whippoorwills
sound like mourning. At sunset, they fly
over the bay, an arrow of empty shirts.

The faces of missing children on milk cartons dissolve into a nature photographer’s scent. In one poem, fingers block the frames of photos, and the subjects of the photographs give way to a larger, more abstract process.

In a poem about woodpeckers, “The Flickers,” the final movement of the piece brings the fabled gesture round to the human theater: 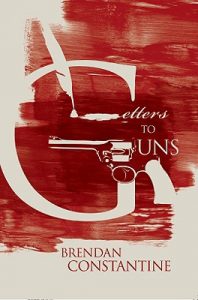 …But a pale man
from the college …studied the holes,
& declared them proof art was genetic.
I still don’t know what to do with that,
as I say, it isn’t my reason for wanting words.

…Whoever you are
out there, tell me I don’t need to go on
about the trail of holes I’ve left, the buried
books and boxes, the hands of lovers held
to my ears that I might catch a whisper
of something like Come in.

When poetic exercise has metaphysical balance; it allows us to be world conscious. States of movement, harmony, and correspondence glint and weave. But such an undertaking is not without high artistic risk, as evidenced in a poem entitled “Unsung Cheeses”:

O cheeses of legend, cheeses of Nazareth, cheeses that pray
openly in public because everywhere is God. O cheeses
of the forests and steams, cheeses of industry, cheeses
that turn with the gears of commerce, making and breaking.

…O stories of cheese, I memorize you for my unborn children.
O cinema of cheeses, revived at midnight in university towns,
O cheeses that languish in books like the lyrics of lost empires,
this mercy, this forgiveness, these hands describing love.

Yes, Letters to Guns is risky from cover to cover.   Braiding ink to gunpowder, Constantine is a winner. The poet does not “suffer” history; he “creates” art, and his smart first book heralds vast hope for the future landscape of American English poetics.