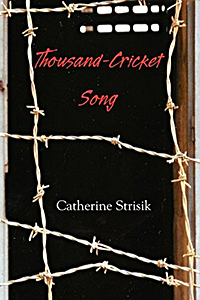 Catherine Strisik’s Thousand-Cricket Song is a ceremony. The speaker is supplicant– Please say each skull has a voice, at the same time that she is a brief witness to– a nation of 12 million traumatized people, the survivors and the children of survivors of the Khmer Rouge’s mass killings. Often Strisik’s voice is oracular, though looking not so much forward or backward, but into. It is at other times the voice of an erotically and creatively awake mother/wife/lover with the awareness to recognize a Cambodian woman’s choice, different from her own: I have no say in her dream, and the wit to say: My feet are American, their so-white // prettiness urine-stained / by my own aimlessness. Yet, Strisik is not aimless — or if so, hers is the necessary aimlessness of a poet again and again finding her mark.

At times, Strisik’s speaker’s voice calls to mind the early poems of Adrienne Rich with their steady appraisal and “will to change”:

The survival of a woman in that instance
her position as flow,
is silent, random.

What she sees pulses
and what she doesn’t see is not meant to last.

I want to tell her to stand up now.

Equally arresting is the poet’s skillful cinematic unfolding of images — drawn with immediacy from what is right in front of her — as they layer with the second-sight of her reflections. The poem, “A Buffet After Genocide” begins: The mood might have been the same as now – and ends:

…the Khmer children run from the tide in the gulf,
the foreign woman swims topless,
all of us unexpectedly laughing –
even the bodyguard sitting on the bench

with his pistol,
inhaling smoke from his cigarette,
sunglasses removed.

The bodyguard’s unguarded eyes suggest things are better now, but his accoutrement and title serve to remind that trauma hangs around. 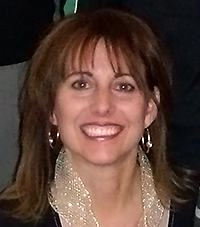 In “Boat Ride,” Strisik records the witnessing of a suicide, telling the story without embellishment, but her stanza and line-breaks also deliver a vertiginous and existential looking-in-one-direction-while-moving-in-another metaphor for the coping device of disassociation many of us adopt in the face of overwhelming devastation:

Suddenly a man jumped out of his small fishing boat and into the river.
Our friend motioned with his hands for us to look

the other way.
We moved rapidly north.

Strisik darts in and out of registers of engagement, knowing when to turn the lens on herself, often with irony, as when she starts off a poem whose triggering subject is swarming flies around her bowl of rice with the slangy– What’s there not to like / in a country so thick with flies… and ends with acknowledgment, if not acceptance of how things really are. In another instance, and in an atmosphere textured with eros as well as thanatos, her speaker gives herself over to pleasure, to honest vanity, and ultimately to a return of herself to herself under the hands of a man who happens to be blind.

Mind wanders between this world / and the world, Strisik tells us, and the ceremony of Thousand-Cricket Song closes appropriately with a poem titled, “Festival of Reversing Current.” The forces of nature and a people’s creative spirit win out. Like them, Thousand-Cricket Song’s lines land …on naked feet, the unmistakable // dancing late into each night.

*Thousand-Cricket Song can be purchased here.

Sawnie Morris is winner of the 2010 Poetry Society of America’s Bogin Award. Her chapbook, Matapolvo Rain appears in The Sound a Raven Makes, (Tres Chicas Books, 2006), winner of the 2007 New Mexico Book Award. She teaches literature and poetry writing workshops at the University of New Mexico’s extended campus in Taos.
Loading Comments...