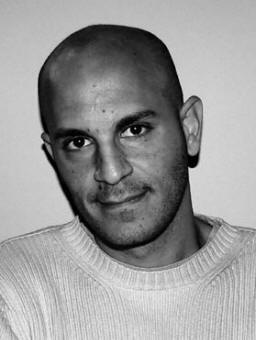 Back in 2007, Fady Joudah’s first collection of poems, The Earth in the Attic was selected by Louis Glück as the winner of the Yale Series of Younger Poets Award. It is a book that will long continue to warrant reading.

Joudah was born in Austin, Texas, and currently lives in Houston. He is familiar with issues of immigrants and refugees. His parents were born in Palestine and, besides the United States, he spent formative time in Libya and Saudi Arabia. One biography notes, “Fady Joudah continues to lead a life of international engagement.” He has practiced medicine in Zambia and Darfur, with Doctors Without Borders; and presently he works in the emergency room of a veterans hospital in Houston.

The language of The Earth in the Attic is engaging and straightforward. Foreign, but not distant; much like a host of Southern writers – from Thomas Wolfe and James Dickey to Yusef Komunyakaa and Betty Adcock – that have written about their home as a far away psychological country. Joudah, like all good Southern writers, writes from the perspective of “Home is an epilogue.”

The landscape of Joudah’s poetry is made up of olive oil, tents, figs, sycamores, small bags of peanuts, squealing pigs, camels, hysterical chickens in the road, and sage tea. There are families with dreams and travel documents and a vision of life down the road (marriages, opportunities, states of emergency, and death). Unlike goats and ducks that may willy-nilly clog the road, people struggle with documents, borders, and heritage. Distances, seas, encampments, and land are all a part of the fluid landscape. Though the language of the poems is simple, they are often made up of small movements of non-sequiturs:

Then said: I know your people.
They’re good people they
Have suffered enough,
And the city is theirs—

The carpenter would be dead by morning.
And why

Did I think your hair
Would have turned white by now?
Like the Mediterranean, frothing at the shore.
And why
You asked for your hair back
Is why I kept it:

Like the city that is only mine
When I’m confused for another.

“Anonymous Song” tells of a person who refuses to evacuate his provincial village. Such is the abandoned state of some innocent, broken things of the world. Some of the poems take place in refugee camps – far from that part of the country where the best oranges grow. Refugee camps are places of rubber gloves, hired rifles, and latrine-malls.

The rice field birds are too clever for scarecrows,
They know what they love, milk in the grain.

Later, they will accuse you of giving up your land.

Later, you will stand in distribution lines and won’t receive

Your mother will weave you new underwear from flour sacks.

And you will keep your cool.
Standing with eyes shut tight like you’ve got soap in them,

An endless struggle is taking place on the surface of earth, the watery and stony planet given us to farm. If Home is Joudah’s epilogue, Palestine – a piece of earth tucked away in the spider draped attic – is never very far away: 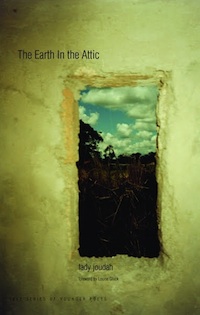 Earth in the Attic

In the calm
After the rain has bombed the earth

The ants march out of their shelters
One long frantic migration line.

… Did they know the wind
Would airdrop new rations their way?

Over nothing—it seems
More than an impulse,

The debris plenty for all.

Scott Hightower teaches as adjunct faculty at NYU and Drew University. A native of central Texas, Hightower lives in Manhattan and sojourns in Spain. His translations of a manuscript by the Spanish-Puerto Rican poet Aurora de Albornoz garnered Hightower a Willis Barnstone Translation Prize. A bi-lingual book of Hightower’s poems — translated by Natalia Carbajosa — is forthcoming from Devenir, Madrid, later this fall. Also, stateside, this fall, his fourth collection of poems is forthcoming from Barrow Street Books.
Loading Comments...