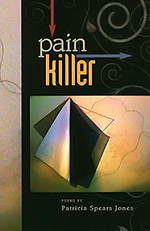 Painkiller is Patricia Spears Jones’ third collection. The Weather That Kills (1995), her first, introduced us to Jones’ consideration of what can happen to joy and decency in a hostile environment. Jones’ Femme du Monde (2006), straddled the Atlantic to explore the destructive trail of war, the fragile rebuilding of lives and cultures, the promising principles of the Enlightenment, and the on-going vigilance of liberty (some poems about great U.S. movies stirred into the mix) through the eyes of a sensitive and sophisticated African-American woman traveler. Jones, herself, was born and reared in Arkansas, and migrated to New York City in the ‘70’s. She is imaginative, but her poetry is grounded in commentary, as she aesthetically and morally parses her experiences into poetic revelations. Painkiller – both generous and elegant, at the same time – continues that legacy. The landscape is post-Katrina and post-September Eleventh:

All across downtown Manhattan modest memorials bloom
in front of churches, fire houses, at Grand Central, police stations, on fences
––the Misericordia of modern life—how different from the harsh
calculus of private hatred
and military precision made manifest on a September day of startling beauty

In “All Saints Day, 2001” Jones cleverly aligns three questions; the sentence structures fluidly shifting from transitive to intransitive and back again:

Shall we watch the shadows watch us back 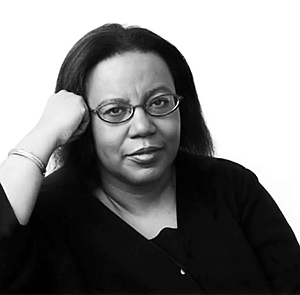 Jones takes on the persona of a flaneuse [a stroller,] in that she grapples with understanding, participating in, and portraying the city. And the city is a living metaphor for everything the flaneuse can tell us about pain, murder, political calamity, erasure, voluptuousness, and passion.

Passion is more rawly explored in this collection than in Jones’ previous two collections. Ancient or Old World storms often correspond to Gulf Coast Hurricanes. The killing of Amadou Diallo and the subsequent acquittal of those involved arouses political passion and cold reality. There are poems seeking justice and reciprocity. There are poems to the beloved:

On nights when stars brightly pattern the Brooklyn sky
I search for your hand and find a drift of wind.

In a poem simply titled “Spirit”:

The final movement in “Aubade” is matter of fact:

Now your mouth is dry from all that tasting, all that wine.
This morning both our faces rough from poor sleeping.
This is the slow unraveling, the backslide we knew could happen.

Your face has quieted, the boy more present than the man,
and my heartache diminishes, more woman than the girl.
Fooling around in the dark, ours is a music of mutual solos.

You leave.
I go to work.

In a poem dedicated to Pablo Neruda, the great Chilean poet and political figure (who at times, himself, sojourned in France), verdant earth – much like earlier walks in the Brooklyn Botanical Garden – is engulfed by desire:

In “Last Day of Passover, April 2006” all of Painkiller’s themes come together:

And why am I listening to Milton Nascimento unfolding a silk curtain
of sounds Brazil, the late 1970s the world dreams a freedom
for Africans in the New World,
north and south and Milton is one
to sing those dreams to me. Oh Saxophone. Oh Trumpets.
Oh rhythms Southern African Indian the New World honored.
Oh first kisses and last goodbyes.

*Painkiller can be purchased here.