Winner of the 2009 American Photographic Artists’ Grand Prize, Ross Andersson’s Mezzanine series is as haunting as it is skilled. 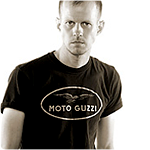 Ross Andersson is a photographer living and working in New York City. He received two APA Awards in 2009. His fashion submission titled, The Berlin Project, earned 1st Place recognition in the fashion category and he was also chosen as the 2009 APA Grand Prize Winner for his urban landscape series The Mezzanine Project.