Today, in a rare mood to shake things up, I’ve decided to review something other than old books about writing, old books that only I care about. And, in a seemingly similar mood, PBS has decided to air something other than reruns of Doctor Who and is instead showing a series, Fridays at nine, about Shakespeare. So, in a way, I’m still writing about old books that only a handful of people care about, but I can have the illusion of contemporaneity.

Each episode of Shakespeare Uncovered covers a different play or a subset of plays; last week’s back-to-back episodes covered Macbeth and the comedies (a contrast if ever there were one), focusing on As You Like It and Twelfth Night. An actor hosts each episode; last week had Ethan Hawke and Joely Richardson, while future guests will include Jeremy Irons and David Tennant. Each host has played, or will played, the chief role of whichever play they cover, and they share their experiences with preparing for and portraying the role. They also interview other actors and compare notes, and hear from directors on how they breathe new life into it.

The choice of hosts is a mixed bag. I’m beyond excited for the Tennant episodes because, well, he’s David Tennant, and it’d be interesting to see him in a role other than the Doctor. I’m more cautious about Irons: he could have some insightful things to say, but we’ll see if I can stay awake once he gets talking. Richardson was intelligent, especially when she talked about the challenges and tasks of a female Shakespearean actor, but Hawke just rehashed the plot of Macbeth over and over and came of as ignorant, or unprepared at the very least. (While reading the bloody dagger monologue, for instance, it seemed he had to have every other word explained to him.) 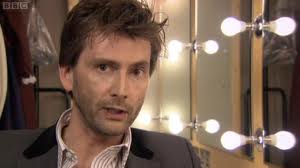 But the content is even more of a let down. The episodes are almost entirely devoted to the performance aspect of the plays: most of the interviews with are with actors, most of the history revolves around the varying performances or theater conventions. There are a few other perspectives, including one from the literary scholar Stephen Greenblatt, but actors dominate the stage. There’s nothing wrong with actors—drama sort of requires them, after all—but there’s more to the Scottish play than just the Thane himself. I, for one, wanted to hear more about the writing and publication history of the plays. Do they know if Shakespeare revised, or did the plays just tumble out? Did Elizabetheans read plays the way we do know? What were the historical and literary inspirations? What was particularly disappointing is that the show promised to show the landscape of Macbeth, which consisted of having Ethan Hawke look at a hill via webcam. Is PBS’ funding so paltry that they can’t get a plane ticket?

Overall, the show is interesting, provided you find Shakespeare interesting. It won’t draw in new fans, and for the old ones, I don’t know that it provides any new insights. But it’s sort of like reruns: if it was good watching once, it’ll be good the second or third time. And since the source material is some of the best ever written, its reruns are still better than a lot of original work today.