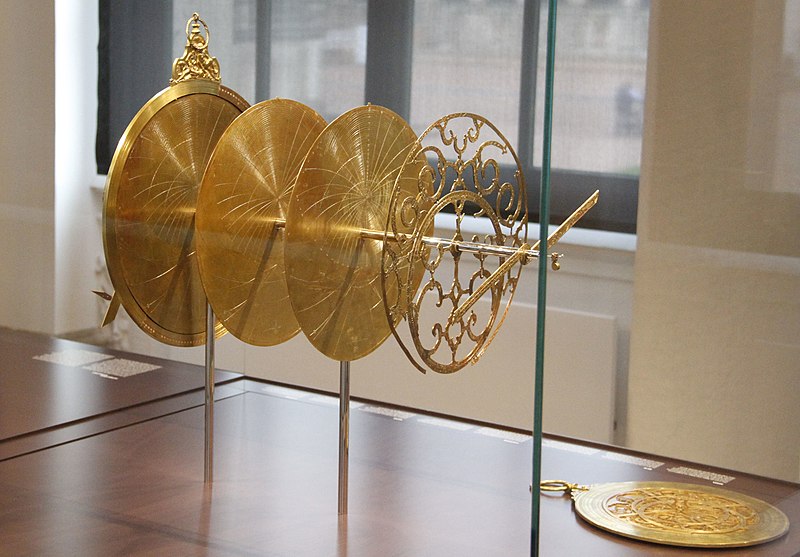 She’s on her way to my grandmother’s apartment door and listens to the elevator make that little breathing sound, that unsteady inhalation, as it travels from her penthouse at 10 Gracie Square to our 8th floor. I can almost hear her remembering my paternal grandmother, the woman she’s thought of as Esther from when she was 11 years old and stood too tall in the summer dancing school she hated. Long before my parents’ marriage, before me, Esther touched a chaperoning finger to her sharp, upturned face and promised: You’ll grow into the body you’ve got; however much these boys lug their smallnesses with them, they’ll become men, mistake you for another sky—and want to live there. So far, her 60 years of standing upright are an extended proof of my grandmother’s words, which jumped over the gnarl of being taken, always, for something else. She thinks you need to go in before you go out or understand what “out” can mean, even if many, men especially, believe you’re the outside they see. She recalls the rumor of her father’s frosty distance and how every man she chose after his example ran the kind of hot he never cared to show her. Since his heart crumpled when she was 5 months old, she’s unsure if the opposition she decided on could just be likeness by another name. As the standard of what she’d dodge, her dead father lay below all his contraries, prepared for by the worrying tales that others told of him, when she was small enough not to unhear their warnings. But what’s the intermediary between in and out, frost and fever, and can the process of coming-between be carried over into the choice on its other side? That’s when her hand taps my grandmother’s doorbell, she hears its tremolo, and I find her on the threshold of this place I’ve come back to, paused between what I’ve left and where I’ve yet to land. 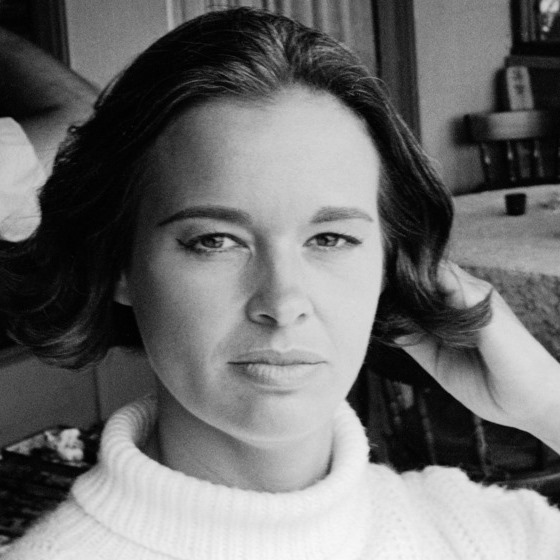 She asks me to call her Gloria, once I open the door. Like an astrolabe in the shape of a woman, she’s all shine and interlocking intricacies meant for the conceptual taking-down of any star, whose calculated altitude plots the location of your ship or where you hope to go or where you’ve gone. But the original burn across the sky exceeds its derivations and won’t be dislodged by them. I mean, as we wander the length of my grandmother’s apartment, from her bedroom, down the hall with its photographs of the mostly dead, into her kitchen the color of a greening apple, that Gloria seems to come from those whispery eras, when our kind fashioned brass instruments for the measuring of what outreached us and spun myth into the stories we ought to have lived in, if we could. Yet all this makes use of her by means of figures, so I’ll begin again: Gloria’s in a blue and white boatneck top. The jeans whose fame she spread hold tight to her curves. She’s got a hardness at the corners of her eyes, softened by what her lips do, as she talks to me. On our way into the dining room, where we’ll sit at the breakfast table overlooking the East River and, farther on, Roosevelt Island’s lighthouse, Gloria tells me how she mourns Esther’s death, 4 days ago, in a Southampton nursing home. My grandmother would curse the place if cursing had been possible, for the 2 years it took her body to fail her, paralyzed from the cerebral hemorrhage whose bloodburst made a hospital bed her house and stole the work of words from her, which she’d spent a lifetime loving. It’s 1984 and October, where every tree in Carl Schurz Park is lit by matches you can’t see—and doesn’t burn. We’re watching dusk pass a sort of hand across the water, and I spot something cradled in Gloria’s right arm, a bundle of peonies the lavender of my grandmother’s eyelids, when she was tired. I hear Gloria recite her long account of cousinhood: how our swarming kin, the Vanderbilt and Ditmas and Rycken and Lefferts and Suydam and Bergen and Boerum families, shipped here together and intermarried, just after 1600, farming landholders looking to claim turf they’d exchange for too little and earn too much from, including the bodies they identified as dusky and displaced, made theirs, eventually, by deed. I know that crowding horror undergirds our conversation, makes the experience of it possible. The disasters our merging family foisted on unrecorded lives support this 18th century table we lean our elbows on, this apartment my grandparents purchased in the 1930s, when the last of their 4 children was almost done with growing in a newly risen building already an urban fable. Horror paid in the time needed for my grandmother to become Mayor Fiorello La Guardia’s first female Civil Service Commissioner, arguing on behalf of city workers and their welfare, an irony I’m not sure she wrestled with herself to notice. It gave my grandfather access to partnership in the country’s top tier law firm and to those cases in which he maintained, early, that corporations were quasi-persons, deserving of the right to uphold action as a form of protected speech. It paid for what Gloria understands to be her life, along with the peonies she troubles to grow, out of season. I know one source behind much of these trailing horrors must be the human peril to confuse the thing you ache for with the whole that orders it, achievement’s sometimes poisoned, lush bounty deterring you from enacting the ability to critique desire and its costs, in a world where all of us neighbor on others and should waken to how we touch them, regardless of the yearning concepts we can point their way. At 14, I left my father’s hailing fists that battered me for being the son who loved one wrongly sexed body after another, moving from older male lover to older male lover, until I got out. On my own, I scrambled together the money for music school in Boston and paid, coming here at 26 to guard over the 4 bedrooms, the Wedgwood dishes, the canopy beds my grandmother felt love for, now to be sold as a pathway for meeting what my family imagines are its needs, an attainment that won’t washcloth any of us clean. Gloria describes “out” as a location she aims for, after her 4th husband’s sudden death in surgery and since their 2 sons no longer know how to put words atop the feeling that “home” might lead to, without him. But then we see the light, changing.

We’re getting ready to leave the table so I can walk Gloria back to the threshold she came in on. She looks at her peonies sprawling in a vase I’ve slipped between us and traces an index finger along the curl of a single petal. The dark through the room-wide window’s like a bolt of indigo burlap, so thick you’d scrunch it with your hands, if they could dream of reaching that far. Taking our coffee cups and bits of remaining pastry to the kitchen, we pass the pendulum clock that years ago forgot how to oscillate, a golden gift Richard Nixon had shipped to my grandfather in payment for some clandestine legal service, just before Nixon’s helicopter wobbled away from the White House, towards that pardon incapable of resurrecting the power whose incarnation he believed he was. We pass the panel of service bells, one yoked to every room but for the maids’ quarters, disconnected, decommissioned when my grandparents’ parties yielded to age and to an absence of live-in staff. I’m trying to see a great, enlarging tarp stretch above us, inside which all the instances of good and injustice we commit to across the whole of a life might huddle, pictured there at once, despite the time-scales that are their origin, so we could labor at listening to their collective character, recognize and judge its heft. Or, Gloria adds, maybe there’s a bardo other than what the numberless schools of Buddhism teach, different from a lull between the hushing of a body as it dies and the transition to what it converts to, after. Maybe each of us lives in a bardo of our own making, accompanied by a throng of past, present, future selves hovering to the side of easy vision, waiting to be seen in a moment that would counter the linear coordinates by which we separate what’s joined to us. We hear, while I open the door for her, all the service bells rush into ringing as a chorus, watch the pendulum clock start to sway. That’s when Roosevelt Island’s lighthouse becomes a beacon-flash at my grandmother’s front windows. Gloria and I think—together, without words—this beaming signal means to couple with the response that will complete it. 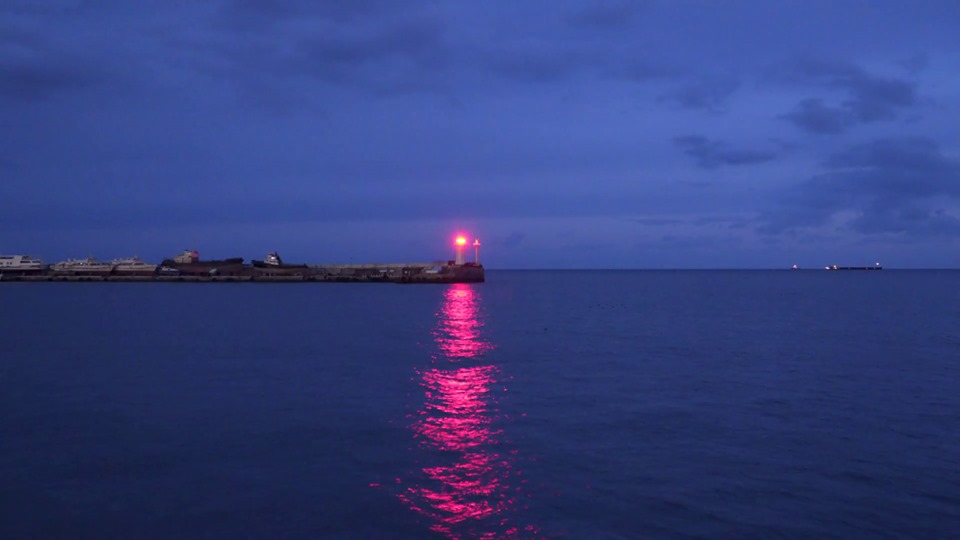 Bruce Bromley is the author of The Life in the Sky Comes Down: Essays, Stories, Essay/Stories (Backlash Press), nominated for the 2018 Victoria & Albert Museum Illustrated Book Award, and Making Figures: Reimagining Body, Sound, and Image in a World That Is Not for Us (Dalkey Archive Press, 2014). Able Muse Review nominated his fiction for a 2013 Pushcart Prize. His poetry, fiction, and essays have appeared in Out Magazine; Gargoyle Magazine; Open Democracy; 3:AM Magazine; Environmental Philosophy; the Journal of Speculative Philosophy, and in Entropy Magazine and Fogged Clarity: An Arts Review, where is a contributor. He teaches writing at New York University, where he won the Golden Dozen Award for teaching excellence.