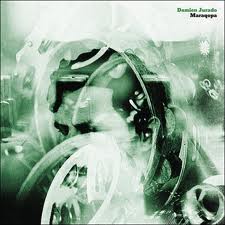 I am wary of sincerity.  Is it because I am incapable of appearing to possess it even if I feel possessed by it?  I joked with a friend recently that I am capable of competing with almost anything but the hint of sincerity.  Its place in art necessarily troubled given that by definition the creative act is an artificial one, a construct by which feeling is enacted and/or elicited—sincerity remains misunderstood.  And yet it is undeniably present in certain works, despite cynics like myself.

Damien Jurado makes songs that miraculously conspire against their own forms, as if by some sleight of hand their very components disappear in service of unforeseen inevitabilities.  His voice, for instance, a highly honed instrument, even as it cracks plaintively at times, never appears to fuss with itself.  But there is nothing Zen here, no studied transparency in the service of anti-lyricism.  The voice is pleasantly dry yet capable of a wide range of feeling—the result an unperturbed elocution of complex affect.  The opener, “Nothing is News,” for instance, though soaked in psychedelic references like much of the album, using plenty of effects on Jurado’s usually unadorned vocal delivery, never quite betrays the sum of its parts, even as the noodling electric guitar soloing would normally be cause for some concern. If anything does dominate this impeccable 36-minute mix (if not Jurado’s whole catalog), it’s a kind of defeated desire—one could argue a desire for fully actuated expression, a desire we are blessed as listeners that this singer wisely allows to remain unfulfilled. 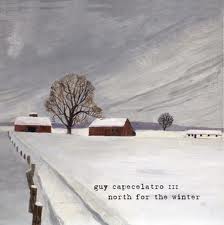 Guy Capecelatro III’s voice beguiles guile in its own reedy and muted pluck.  Like Jurado, he is best as a storyteller, his rhymes in songs like “Switch” tripping deftly over themselves, stumbling into the lives of his characters, as if onto a stage the world had built for them.  Capecelatro’s world is “something you can’t say/ though you’re in it every day;” he tallies the world’s absurdities like collected wooden figurines in an unadorned vitrine, pieces of lived experience you lift from the world and finger smooth “until you’re out of it” (”North Dakota”).  An artist to be treasured and, frankly, appreciated far, far more than he already is.

Andrew Bird is the least sincere of his fellow songwriters.  I would argue, in fact, that his brilliance comes from a constant struggle to subdue his insincerity into seemingly effortless forms.  His superior musicianship would be too 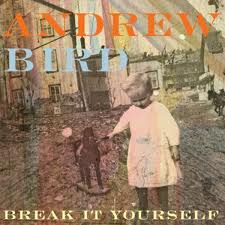 easy a place to start, perhaps.    Yes, he’s impressed the likes of Yo-Yo Ma with his playing, and his whistling chops are unrivalled, but I look more towards his lyric sensibilities for possible explanations of his complex relationship to sincerity.  Put simply, he’s a clever Bird, this one.  Perhaps, irresistibly so.  What separates this album from his previous, Noble Beasts, though, which seemed a barrage of ideas, is a patience that allows each song the space to find its own unique shape. His phrasing here is typically flawless, and he is full of all the same tricks; the difference is that the magic arrives without introduction; it simply saunters into the spotlight and moves along coyly, leaving us wanting more.  He also does something lyrically I don’t think I’ve heard before: he not only leaves rhymes hanging to be fulfilled unexpectedly in the next line, but he even leaves some of them unsung like shadow-rhymes—preferring a calculated silence, which one could argue is, perhaps, the only real sincerity.