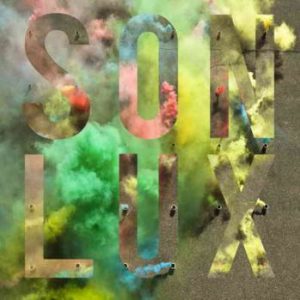 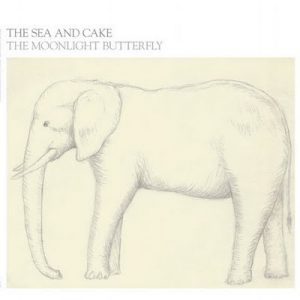 Son Lux is the classically trained musician Ryan Lott.  Unlike his first album At War with Walls and Mazes, which took three years of tinkering to create an unclassifiable mix of hip-hop chamber pop with an indie sensibility,  We Are Rising was composed and recorded, as part of The RPM Challenge, in exactly four weeks.  What strikes me is that the new album sounds equally, if not more, meticulous in its arrangements.  Lush string arrangements morph into dirge-like choral flourishes–all run through what can only be described as a brilliant use of synthesizers and effects.  The trip-hop beats of the previous album have been played down here, but even as they are pushed back in the mix, the songs still have definitive grooves; what is consistent with the first album are the smart but simple vocals–catchy, memorable phrases that you find yourself singing along to.  Listening to the album and having participated in the RPM Challenge myself, I am frankly envious of the breadth of vision here and the way in which these constructions, even as they are packed with ideas, bring together diverse elements into a unified sonic experience.

Yes, The Sea and Cake keeps busy, and us fans are glad for it.  For the uninitiated,  their formula has changed little over the span of  nine  albums in almost twenty years; they may, in fact, be capable of two or three moods.  What startles after sustained listening, however, is the multifarious nuances of coolness this band is capable of emanating.   It seems, for instance, that Sam Prekop only sings three or four notes per song,  all delivered at a hip whisper that, despite its seeming redundancy, compliments each composition uniquely (what he’s actually singing is rarely clear and seemingly superfluous).  The Moonlight Butterfly has more forays into electronica, but the the bulk of the sound is still loaded with jazz-inflected riffs played over flawless post-rock beats.  How they manage not to bore the listener is a wonder worth exploring.