When I was eighteen the devil called me in dream to tell me he was proud of me. That’s all he said: “I’m very proud of you.” It was the worst nightmare I’ve ever known. The devil arrives in urges and notions, and for the worst, whispers and directions. For me he came through this call. I rushed to wakefulness after and took a long walk in the quartz curtain along Lake Michigan. I was living poorly at the time, just having been expelled from school in Ann Arbor for partying into a certain wildness that made a devil within me. They call them spirits, but in my case the substances were demons, and the overlord reached out at my worst, called me in a rehab where I had never been, and would never go, but I know it was a rehab in the way truth is known for being truth without having reason behind it, a way that only lovers know in wakefulness. I awoke that morning to a world where I knew the drugs were killing me. Since then I have drank perhaps two dozen times in seventeen years. It’s been damn near eight years since the last one. And though I’d like to attribute the whole thing to some sentimental notion like AA, that was but a leaf on a tree, there are other leaves on that tree of good choices, and its trunk is dreams, and its roots are urges and notions, and it is its seeds that make spirits of us all. 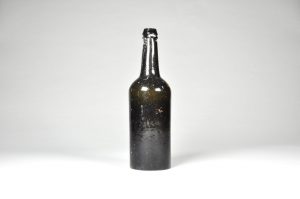 Dylan Brock has worked as a barista, a reader for The Paris Review, a dog-walker, project manager at an IT Consulting Company, a research assistant for the writer Kathryn Harrison, a construction worker, an instructor of Creative Writing at CUNY, an office manager at a boutique interior design firm, and a grammar adjunct at Muskegon Community College. He liked none of these jobs so much as writing fiction and quit all of them except one. In 2006, he graduated from the Hunter College MFA program. His Master’s Thesis earned the grade of A+ from Booker Prize Winner Peter Carey and National Book Award winner Colum McCann.
Loading Comments...