The emotions that frame this sliver of a dream are bright and haunting: I am empathizing, I feel the respite from suffering, I feel joy and relief. I am not in the dream, and calling it a dream might not be right. It’s more of a scene, and I’m watching facsimiles of two people I’ve known. One is a former co-worker, one a beloved friend, a musician. The musician has defined resilience in the waking world, overcoming injuries, illness, and addiction to find happiness in recovery and love. The coworker I know less, but she too has prevailed in the face of similar challenges. She is only represented as an image, whereas the musician is represented as himself. I am watching the two of them in deep love, bobbing together on a single, large black inner tube that floats on a lake in Oakland County, Michigan. This land is dotted with lakes, so it’s not one in particular, but a composite of quintessence. Modest docks and homes are recessed into the land; there are no beaches per se, but grassy knolls that reach from homefront to water. It gives its inhabitants a feeling of enclosure, a womb-like sense of safety. When there are clouds, they harness themselves upon the treetops, and the world feels like a bright tent.

The two are in love, and I can see it on the surface. The musician runs his fingertips along the borders of her one-piece bathing suit, to her neck, over her breasts, and upon the large folds of her stomach. In real life she does not appear this way, but in the dream her appearance is immaterial. Their love is all the beauty of interaction. Her gaze accepts his as she cups his bearded chin and gives it a doglike scratch. Upon her belly he dwells, now gently bouncing his fingertips on her surface as if he were pantomiming fireworks. They wear long, earned smiles. I am nowhere in this dream, but I am witness. I am weeping from my invisible perch, because I feel how long they’ve worked for the gift of love. I feel their relief from the looping misery of dead ends. The trees rustle unnaturally, as if my ears were between the branches. The borders between feelings dissolve. There is only intensity. Then, there’s no more. 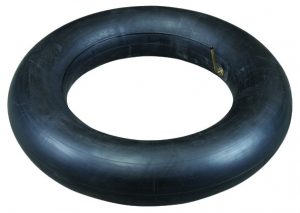 Ethan Milner is a writer and a counselor from Eugene, Oregon. His work on music can be read at impressionofsound.com, and his poetry has most recently been published in Eunoia Review.
Loading Comments...