I’m hiking at dusk. At a crossroads, I see a male figure that seems vaguely familiar. He gives a hesitant wave, but I can’t place him. Once he walks away, I realize that he was my shadow. I remember that he hadn’t always liked where I went and that he had been growing wooly feet. Wooly and gray-blue like the creatures in Where The Wild Things Are. At the time, I felt that I should rub them because he followed me around so much, but I never did. I look down the trail after him, thinking it is too late, he had gone away. But at least, he found his own way.

The following poem emerged from this dream:

My shadow walked away
before I recognized him.

beckoning me up to the rooftop?
Maybe I should have rubbed his feet.

Staring after him, I can’t remember
the last time I heard him sigh.

He disappeared out of the hotel,
taking my shape where I wouldn’t.

Now waving away the barroom smoke
from the list of local brews, I imagine

my shadow stirring in his airplane seat,
yawning as he reaches for the reading light.

Without him, my face appears ageless,
light as a bed sheet some men say. 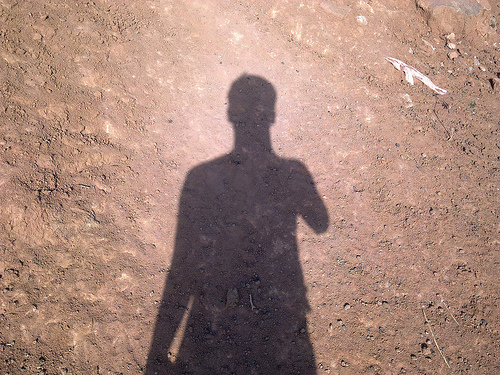 Tina Mozelle Braziel, a recent graduate of the University of Oregon MFA program, directs the Ada Long Creative Writing Workshop at the University of Alabama at Birmingham. Her poems have appeared or are forthcoming in The Cincinnati Review, Poetry South, Birmingham Poetry Review, Main Street Rag, and StorySouth among other journals. She and her husband, novelist James Braziel, live and write in a glass cabin that they are building on Hydrangea Ridge.
Loading Comments...