I wrote in my last post about the new PBS special Shakespeare Uncovered, and because I walk the walk in addition to blogging the blog, the show inspired me to open Henry V. And I have on my hard drive—taking up space that could otherwise be occupied with pictures of my cat—the collected works of Shakespeare. After the novel I’m reading now, I plan to move on to a collection of Ibsen plays.

But here’s the thing: I don’t write drama. Never even had the impulse. Most of the play productions I saw in college, I didn’t like (though I blame the theatre department for most of that). And to be fair, I didn’t finish Henry V (although that’s a separate issue, and I might go back to it). But drama, I’ve come to realize, can make good reading, even for those who prefer poetry or prose to the stage. 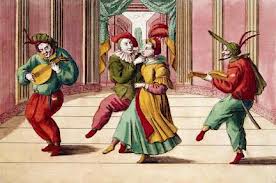 Prose writers, and readers, know that fiction is a time commitment: even so-called short stories can take a lot of time to write, and while most of us love the immersive worlds of novels, the downside is that the effect of immersion takes time to build. Drama, on the other hand, because it’s all dialogue and stage directions, can read pretty quickly. For instance, I got about three acts into Henry V in a sitting or two, and neither sitting was more than a couple hours; imagine getting over halfway done with a serious novel in under an afternoon. That makes sense, considering plays are meant to be performed and viewed in a single sitting, which means they generally can’t go on for more than a couple hours. For that time constraint, they are also lessons in plot focus. Consider Hamlet, for instance: while Shakespeare usually pads the page count with countless subplots and mistaken identities, the drama of Denmark is pretty straightforward, managing to get a long five acts out of its revenge plot.

This isn’t to say shorter is better, but I think we’ve all had a fatigue with sprawling novels or don’t have lots of free time to commit to them, and are at the same time sick of sifting through short stories; drama, then, presents itself as the solution. And more than just an afternoon’s entertainment, they provide writerly lessons in plot, structure and pacing, and dialogue.

Ian McCaul has spent his whole life in Kalamazoo, MI, except for a brief detour at Grand Valley State University, where he recently graduated with a degree in English and writing. His short stories appear in the online journals Pulse and Laptop Litmag.
Loading Comments...