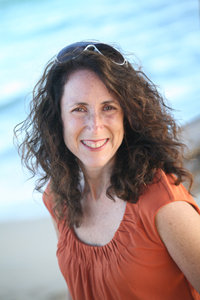 Suffering and poetic inspiration are complex traveling companions. Some poets rise out of inflicted harshness and physical deprivation. Inversely, physical comfort can deepen a writer’s sense of poetic urgency. We have proof of the latter in Patty Seyburn’s third title, Hilarity.

In 1998, Diasporadic, Patty Seyburn’s first collection of poems, was a winner of the Marianne Moore Poetry Prize. Though the abstractions of Seyburn’s vision are often far reaching, the poems are not pompous or set in grand cosmic rhetoric. The images and language wisely stay in the realm of the fundamental. This first collection is bookended by poems about God. But, both are cast more as casual conversations with a neighbor about an erratic slacker who from time to time ghosts the neighborhood and leaves his cigarette filter off the edge of the porch.

In 2002, Mechanical Cluster, Seyburn’s second book, won The Journal Award. The poems spanned from Detroit (the received hometown of Seyburn) to southern California (the location of Seyburn’s own family). David Citino wrote admiringly of the poems that they were “filled with a strange, ambitious, and compelling music made of the mythic, momentous, and mundane days of our lives:”

We must be more
than pulse and impulse, yes?
short-circuits nerve-interpreted,
pain-relayed fuel-driven
progress we confess
to mere machinery by day’s
disinfectant light but in
dark we wonder, what of
the spark? what of the spark?

One hears a bit of Blake, a bit of Frost

Seyburn’s third collection Hilarity took New Issues’ 2008 Green Rose Prize. The book is sparkling and smart, and Seyburn is as likely to draw from children’s rhymes or Groucho Marx as she is from Biblical history or classical Greek mythology. In one poem, “Cassandra in Suburbia: A Monologue,” she sings as if from Orange County:

Two finches flew smack into my streaked kitchen window on the same day, and the fuchsia bougainvillea petals flung themselves in a torrid display shaped like Orion’s belt. The peonies followed in the form of two dippers. I have ladles in both sizes . . .

My lime Jell-O containing cream cheese and mandarin oranges in the Bundt mold emanates like a crop circle: it attracts and repulses. I cannot slice it for fear of repercussions.

Seyburn is a philosophical poet in disguise as a high suburbanite. Sometimes she is someone’s daughter. Sometimes she is someone’s bride. And yet, at other times, she is someone’s mother. The guises are tricky, but, through them all, Seyburn is a good self-possessed poet. Her attention is far from the feral. She, herself, is a product and a citizen again of the neighborhood. Seyburn is not a poet expecting or searching for escape. She has read carefully and broadly. Between two poems–a poem about nymphs and one about the three little pigs–is a poem about rampion: 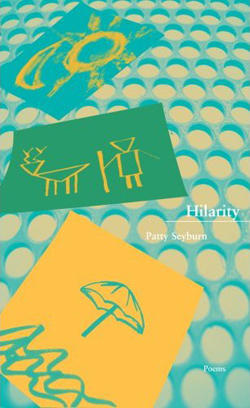 . .  .  When Odysseus’
fellows were turned
into pigs by
that mean Circe,
their wants changed . . .

Whatever your story—
childless, craving, witch
for a neighbor—
wants are rampant,
greedy breeders choking
whatever strays onto
their acre. Fragrant,
they grow in
the garden like needs.

With poetic attention, she enlists the literary and physical landscapes that compose her world; but the poet is ever measuring her own authentic inner landscape. With great skill, Seyburn’s poems keep focus: poetry does not spring from the assigned origins or the needs of the world. It arises from the poet’s attention:

I do not mean for the rich, richer
and the poor, poorer,
nor for everything to be fair
though my translators
bandy about “justice” and “righteousness”
with abandon
as though words were meant to correlate to thoughts.
As though ideas matter.
And things matter.
I did not invent intent.
You did.
And the way indented footprints disappear
on the ocean’s arrival?
That was yours, too.
How eloquent.

Scott Hightower teaches at NYU and has taught poetry, non-fiction, and the art of translation at Drew, F.I.T., Fordham, and Poets House. A native of central Texas, he lives in New York City and sojourns in Spain. His translations from Spanish have garnered him a Willis Barnstone Translation Prize. His third collection, Part of the Bargain, received the 2004 Hayden Carruth Award.