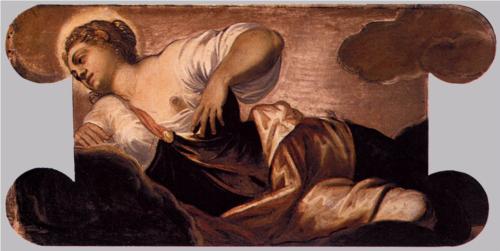 I recently heard a lot of conversations about honesty or truth in nonfiction.  Often these are sparked by John D’Agata, author of The Lifespan of a Fact and a shameless fabricator of lies in supposedly nonfiction work.  I haven’t read D’Agata’s writing.  I haven’t read even a paragraph of anything he’s written but I’ve read reactions to what he’s done.  I read an article by Lee Gutkind about it and had conversations sparked by what he’s done. Recently, while in the context of this constant storm of conversation on the topic, I spoke to a poet I admire and he said something that sent me into a tailspin of thought about truth or honesty in poetry.

What that poet said echoes something D’Agata said.  D’Agata was asked why he changed the name of a bar from “Boston Saloon” to “Bucket of Blood.”  His response was “’Bucket of Blood’ is more interesting.”  The poet I spoke with has a poem in which he talks about a woman he dated who left cabinets open, doors and tubes of toothpaste and then the poem goes on to say how she wanted an open relationship and in this way the poem seemed to touch on a connection between freedom and love.  It was a remarkable poem and I asked the poet to comment on it, specifically what he thought it said about that connection.  But his response said nothing about freedom and love.  Instead, he commented on the inspiration of the poem, said he was monogamous and that the girlfriend didn’t want an open relationship but, “I just put that in the poem to make it more interesting.”  This response struck me as a dodge and even a betrayal.  I wasn’t sure why it seemed like a betrayal.  I had some ideas and I wrote pages and pages trying to get at what pinched me so hard in that response.  But I wasn’t sure for a long time and when I finally struck bedrock it was more subtle than just a failure of accuracy.

Years ago I listened to a poet give a talk after a reading and in response to a question I no longer remember he said, “I don’t make anything up.  I wouldn’t know how to make anything up.”  This struck me then as a betrayal as forcefully as the poet’s recent comment about his poem, though it is clearly in the opposite direction.  Between these two polarities there is a truth, an honesty that is a sine qua non of poetry and to betray it is to abandon the field of art for another country.  The ground that this poet betrayed is easier to chart.  It is the imagination.  The imagination is the deep water table that nourishes poetry.  In fact, it is the source of everything from a poem to compassion and memory.  If I can’t imagine the reality of another then I can’t be compassionate.  If I can’t imagine the reality of the past or the possibility of a future then I am imprisoned in the present.  Because imagination is a central source to such essentially human powers it is the very reason art is relevant in any age and to every person; art is a way of feeding and nourishing that source.  This poet in saying he didn’t know how to make something up was betraying the deep source of his art, abandoning it for the territory of reportage.  Yes, he shaped his reportage like a poem and perhaps his readers even believed they found more than reportage but that was because they supplied the imaginative source he failed to.  Perhaps his readers take more from what he writes than what he puts into it but where it leads them will always be a mirage and not an oasis.  As faithful as his reportage might be, as art it is one kind of sham.

This brings us back to the poet I spoke with and D’Agata, the other kind of sham, the other betrayal.  Unlike the poet who couldn’t make anything up, they shamelessly fabricate things.  But the fabrication is cosmetic.  It is a scintillating surface that is all dazzle above and darkness below.  So according to appearances it isn’t imagination that they betray and that is why it’s harder to chart.  The betrayal is not in that they make things up but why.

When a poet or other artist makes something up it is for another kind of honesty, a truth that sometimes is concealed by fact.  That truth, that honesty is emotional.  What I feel or think about a situation, a fact, an event or observation may not be visible in the facts, but only through them, on the other side of them, as a consequence of them.  They may be necessary but somehow I must get you to the other side so you can feel what I’m feeling and think what I’m thinking about them.  It is emotional truth, emotional reality and the thoughts that come of it.  In the opening to Tropic of Cancer, Henry Miller says, “There is only one great adventure and that is inward towards the self, and for that, time nor space nor even deeds matter.”  He goes on to say, “Whatever I imagine to have happened did actually happen, at least to me.  History may deny it, since, I have played no part in the history of my people, but even if everything I say is wrong, is prejudiced, spiteful, malevolent, even if I am a liar and a poisoner, it is nevertheless the truth and it will have to be swallowed.”  It sounds like a contradiction to say “even if I am a liar . . . it is nevertheless the truth.”  This is a truth contrary to mere fact or, more accurately, a truth that is attendant to fact.  This is what art is about: how the facts make us feel and think.  The accuracy art strives for, that Robert Lowell said to pray for in his poem Epilogue, “Pray for the grace of accuracy/Vermeer gave to the sun’s illumination,” this accuracy is not simply what the facts are; it is rather where we go with them, where the imagination takes us as it responds to the facts.

What fact or observation inspires a poem or a painting is only relevant to the artist.  What matters in the end is where the artist’s imagination takes him as it enters that fact, as it dwells in that observation.  But when an artist fails to go there, fails to follow that path wherever it may go, he betrays the other vital ground, the emotional truth of what his imagination gives birth to.  What is betrayed is the complexity of the human response to the world.

Muriel Rukeyser said we corrupt our consciousness when we replace what we do feel with what we are told to feel or what we think we should feel.  She also said that poetry doesn’t allow this evasion because of its emotional honesty.  But for a poet to not follow through on what his imagination does with its material furthers this corruption.  So when a writer in response to a question about why he wrote what he wrote simply says, “Because it was more interesting,” he fails in his emotional responsibility to follow through on what his imagination created.  It is to abandon the true terrain of art for the land of mere entertainment.  Entertainment is interesting and sometimes even emotionally provocative, but it is meaningless.  It is only a distraction.  And like the distraction of entertainment, a poet putting something in a poem only because it’s interesting and not following it with his entire being to the very end and charting that distant location, is like someone who installs a road sign that points the way to a destination he himself never visited.  The question he leaves unanswered is “Why is it more interesting?”  The artist’s failure to answer that question betrays the work as a mere sleight-of-hand.

Michael T. Young is the author of three collections of poetry: Transcriptions of Daylight, Because the Wind Has Questions, and most recently, Living in the Counterpoint. His fourth collection, The Beautiful Moment of Being Lost, will be published by Eight Ball Press in July 2013. He received a fellowship from the New Jersey State Council on the Arts, a Chaffin Poetry Award and has been twice nominated for a Pushcart Prize. His poems have appeared in numerous journals including Coe Review, Iodine Poetry Journal, Ithaca Lit, The Louisville Review, Off the Coast, The Potomac Review, and The Same. He lives in Jersey City, NJ with his wife and children.
Loading Comments...