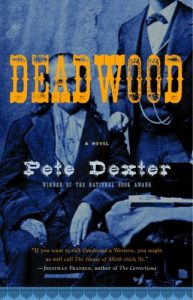 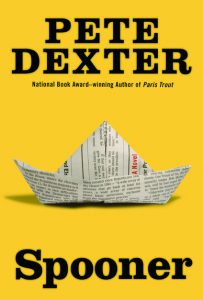 6. Pete Dexter’s Deadwood. Page 144 of 365. Nothing about this makes sense.  Dexter’s Spooner was one of my favorite books of 2009; I laughed out loud like a giddy adolescent. And I love westerns. Perhaps, it was because I had jusr re-read Leslie Marmon Silko’s masterpiece Ceremony and was more interested in a song cycle I was working on related to that book. I think I’ll go back to this one, though, as I often do. 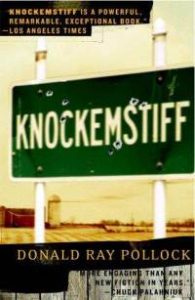 7. Wells Towers’s Everything Ravaged, Everything Burned. Page 88 of 238. I blame Donald Ray Pollack for this one. I was still reeling from Knockemstiff and should have known better. Probably not enough to return to here; besides, Pollack has a new novel, The Devil All the Time, on the way. 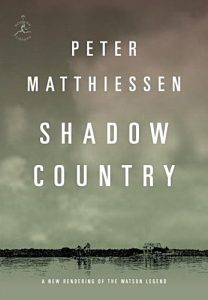 8. Peter Matthiessen’s Shadow Country. Hard to pin down a page number on this one because I skimmed around a lot. I don’t know what I was looking for exactly. I loved the idea of the book, and Matthiessen’s The Snow Leopard is a favorite of mine, but I kept looking toward the third section, which gives you the events from the enigmatic Watson himself. No sane way to read a book, obviously, and my wife showed me how it is done, plowing through the 912-page tome in about two weeks, transfixed by the kaleidoscope of voices swirling around the novel’s central event, which you learn in the first ten pages. A patient woman, which is how she manages to live with me. 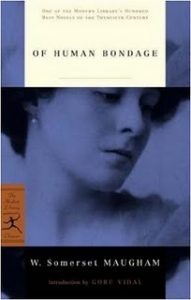 9. Even when I can’t read her favorite book, W. Somerset Maugham’s Of Human Bondage. Yes, I too like to think love can inspire us to greater heights, even literary ones, but this was not the case here. At page 115 of 611, this labor of love succumbed to prose that seemed to cover too much ground too quickly and with too little pressure on its limits. The dialogue was well wrought and believable, but I’m used to writers who hover more obsessively over details, details that flare suddenly and open up holes in reality I hadn’t seen before. My wife still hasn’t forgiven me, but, to be fair, she hasn’t read Blood Meridian, either.

10. Julian Barnes’s Nothing To Be Frightened Of. Page 133 of 244. Beginning with the title this book is a marvel of wry wit. I enjoyed all 133 pages I read. And then one night I picked up James Tate’s The Ghost Soldiers from the bedside stack, and I was taken on a four week absurdist exploration of a life similar to but not quite my own. I saw myself, for instance, trying to buy a pen at Walgreens that the clerk insisted on trying to give me; I started finding money in the pockets of old coats and waking up each morning to the image of a bullet shattering my spine. Adolescent boys drove by in cars while I was walking and barked like spasmodic dogs. It was all very funny, really, but something I figured Julian Barnes would never understand. I may be wrong.