No man is an island, but many boys and girls are. The function of validation and attention is to raise awareness of one’s responsibility to that continent of humankind. Of course attention can be bought for the shock of a fifth grade moon, and validation sold for a song, but the reap is thin and spent before the confetti hits the ground. Praise? Pah. Best not require that variable. Better to keep one ear closed if you’re going to develop an individual voice, listen to your own, hold your ground. Except such ground does not hold. 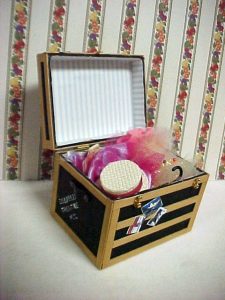 In the back of my mind, I thought writing preparation for something, perhaps a solid self who would guide me through the dark wood and into a sunny glade of applause, but I also thought I could shore up past mistakes like an armory should the circumstances arise again, which they don’t. A thousand trunks of theater garb await a play I will never perform. Writing has not even prepared me to set down the next line, to answer any question vulnerable as a bud.

Integrity requires relationship to establish a shared moral or artistic value. Writers choose to communicate above all else, for the duration of the action, which is not planting hostas or purple hull peas or checking a child’s mouth after its sudden interaction with the swingset. Many are the letters written to the world that receive no reply, so the conversation need not be externally reciprocal to be valid, but dialogic it necessarily is.

If nothing else, one is the impulse of the context to receive itself, which it does in a variety of ways. One inquires, as to how to woo joy, own it, encourage its return. I am a joy glutton, a bigot even. The other emotions can move along. It wasn’t always so; I used to savor the mellow lap of sorrow, but that was when I had time to appreciate its depth and tug. Schubert too is hard to appreciate during a game of four square.

Do the peaks and valleys of emotional topography level out? They cannot. Thus, does the ability to feel abrade or weaken? Do the dizzying changes slow? Has irritation coated a calloused pearl of being, inside which one wriggles smally, until even the hearing goes?

Writing attends. One is accompanied by it, as Malone is by his things, which he accounts for and puts away, a stick that pushes The Unnamable toward the murmuring threshold, then silence without showing its hand. What place has validation in the quest that concludes Beckett’s novel—to know? Great writers receive and are denied affirmation, so in itself, public or private sanction is no proof. But doubt opens a space, offers a locking door in a full house, behind which one is asked why teach or fix cars or design gardening gloves? Others have had their moment of aloneness to determine how and whether to belong.

Attention remains a fact when it is not given. Ignoring is active, whether a homeless beggar or food piracy in Somalia. Dare a writer ask for an eye, an ear, a hand? I could go for years without posing the question seriously to myself and have. But it insists. A trickle of focus spills every time I pick up a pen and do not trust the boldness of that request, the pressure of its need. If it is mine only, I am dead.